Homepage » TANZANIA: now under control, a fire shakes the ecosystem of Kilimanjaro

TANZANIA: now under control, a fire shakes the ecosystem of Kilimanjaro 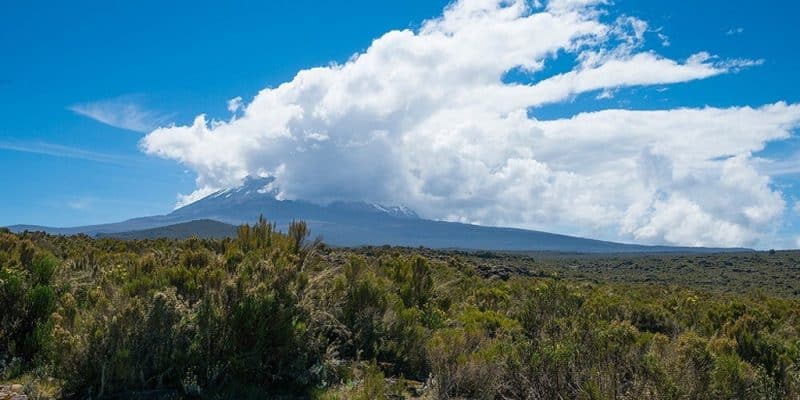 After the flames that ravaged 95 square kilometers of its surface in October 2020, Mount Kilimanjaro in Tanzania has just experienced a new fire finally controlled thanks to the mobilization of many social actors. Although popular with mountaineers, this emblematic site of global biodiversity is increasingly suffering the effects of climate change.

Local populations, firefighters and police forces, about 300 people have mobilized on the roof of Africa on October 21, 2022. Mount Kilimanjaro, the highest peak on the continent located in northeastern Tanzania, was hit by a fire that devastated much of its floral potential composed of rare plant species such as the African baobab and acacia mellifera, used locally for heating, medical research and crafts.

“Heavy clouds and smoke prevented us from reaching the burning area initially. At this stage, we cannot comment on the extent of the fire, as we have no information about the impact on the population, other than the fact that the vegetation has burned,” says Nurdin Babu, the Kilimanjaro regional prefect.

The origin of the flames, still attributed to climate change by the Tanzanian National Parks Agency (TANAPA), brings the conservation of this world heritage site on the list of the United Nations Educational, Scientific and Cultural Organization (UNESCO) back into focus. From the top of its 5,895 meters of altitude, Mount Kilimanjaro is also home to a rich fauna composed of elephants, buffaloes and antelopes.

This ecosystem covering an area of 75,000 hectares of land between forests, alpine desert and plains, is currently being monitored jointly by students of the Wildlife University in nearby Mweka, and employees of Zara Tours, an ecotourism company operating on the outskirts of Kilimanjaro.

Mount Kilimanjaro is also facing the loss of its ice cap, a loss of 85% between 1912 and 2007 according to the World Meteorological Organization (WMO). This, he says, is putting a strain on local farmers who rely on seasonal meltwater to support their crops and livestock. In this context, the mountaineering project 25zero recently initiated with social media influencers, an expedition to the foot of this massif to raise awareness of the ecological importance of the equatorial glacial melt.