AFRICA: Japan to invest $30bn to support sustainable growth by 2025 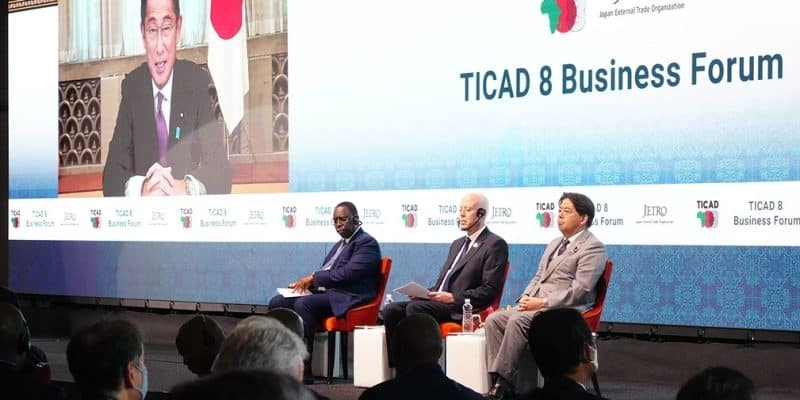 Japanese Prime Minister Fumio Kishida has announced a $30 billion investment in the African continent. The various projects to be financed over the next three years will contribute to the implementation of the United Nations' Sustainable Development Goals (SDGs).

The 8th Tokyo International Conference on African Development (Ticad-8) closed on 28 August 2022 in Tunis, the capital of Tunisia. The resolution of this event, which brought together 5,000 participants including some twenty heads of state, concerns Japan’s financing of up to 30 billion dollars to support sustainable development on the African continent.

Investments in the water and energy sectors

According to the Japanese government, these investments will contribute to improving the living conditions of the populations in Africa, with the creation of 35,700 jobs. In Tunisia, for example, the first phase of Japan’s $300 million funding is aimed at supporting start-ups operating in the agricultural sector. The initiative, coordinated by the Tunisian-Japanese Chamber of Commerce and Industry (CCITJ), comes at a time when political tensions in the North African country coupled with the war in Ukraine are affecting the livelihoods of Tunisians.

Japan’s plan also aims to counter the influence of other major economic powers, notably China, which is already firmly established on the African continent. The Middle Kingdom has already established 25 economic and trade cooperation zones in 16 African countries, and has continued to invest heavily across the continent during the Covid-19 pandemic, according to a government report on China-Africa economic and trade ties. Registered with the Chinese Ministry of Commerce, the zones had attracted some 623 companies, representing a total investment of $735 billion by the end of 2020, according to the Annual Report on China-Africa Economic and Trade Relations (2021).

Japan intends to differentiate itself from China by investing in the private sector and preserving the “planet capital” needed for green growth. Through JICA, Japan is currently investing in Africa in two key sectors, water and energy. In recent years, the financial arm of Japanese diplomacy has provided loans for the construction of solar power plants in Tunisia and Egypt. JICA also supports the water sector, notably the construction of seawater desalination plants in Tunisia, Morocco and Senegal. This solution is now essential in these countries affected by water stress.