Homepage » AFRICA: Green Peace calls for an end to all activity in the rainforest

AFRICA: Green Peace calls for an end to all activity in the rainforest 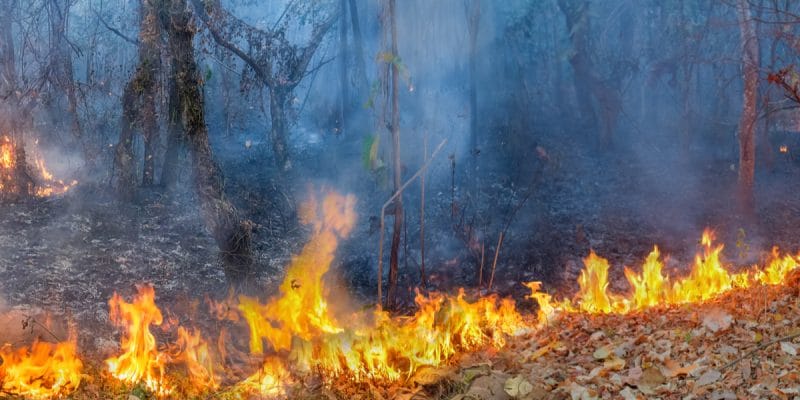 Greenpeace is concerned about the extent of bushfires in Africa (70% of the world's burnt land) and has called for drastic measures to be taken. The environmental NGO urges an end to all exploitation in the Congo Basin, the second "green lung" on the planet after the Amazon.

Has Greenpeace also been marked by the satellite map of the American Space Agency (NASA)? Since the map showing fires worldwide was published on August 26, 2019, it has been a source of concern for several reasons. We see in glowing red, the area of fire departures from the Atlantic to the Indian Ocean, in Gabon and Angola.

The shock caused by these images went back to the G7 in Biarritz, France, where €20 million was recently allocated to fighting forest fires in the Amazon. “Forests are also burning in sub-Saharan Africa. We are currently examining the possibility of launching an initiative similar to the one we have just announced for the Amazon,” French President Emmanuel Macron tweeted a day later. This was in response to widespread criticism from Internet users that financial assistance should also be provided to fight forest fires in sub-Saharan Africa, where, according to the NASA map, the situation appears much more serious than in South America.

It is probably in this context that Greenpeace’s release comes in. In a statement issued on August 27, 2019, the international environmental NGO called for measures to stop all activity in the African rainforest. “In the long term, governments must stop all industrial activities within the world’s second largest tropical rainforest,” writes Greenpeace. He went on to say that “since August 21, more than 6902 fires in Angola and 3395 fires in the Democratic Republic of Congo have been recorded”.

The situation has become viral in Madagascar

Every year, 200 to 300,000 hectares of forests are reported to disappear in Madagascar. The National Research Centre for the Environment of Madagascar (CNRE) blames these ravages on the cultivation of maize on slash-and-burn agriculture. To prepare the land before planting, farmers set fire to the fields. Very often they lose control of these fires and that is how fires are started.

In addition, forest fires in Madagascar are perpetrated by an illegal force. “If you look at the satellite images, Madagascar burns almost 100% every day in the dry season. There are so-called concealment fires, used by zebu thieves to hide their tracks. And also, the so-called political dissatisfaction fires that are widespread among us: a community then burns the bush or forest to express its dissatisfaction with a particular political or administrative decision.” Ndranto Razakamanarina, president of the Voahary Gasy Alliance, an environmental conservation organisation, told RFI.

Hopefully, Greenpeace’s appeal can prosper where other initiatives are slow to bear fruit. Yet in Madagascar, measures have been taken to fight bushfires. The perpetrators of these fires face up to ten years’ imprisonment in accordance with the law. Except that, in reality, the practices persist.

Yet forests are an essential means of combating climate change. They absorb tons of carbon dioxide (CO2) from trees and peat bogs. They are also sanctuaries for endangered species. According to Greenpeace, which has been supported by research from the University of Leeds in Britain, peat bogs in the Congo Basin store 30.6 billion tonnes of carbon, three times the annual global CO2 production.