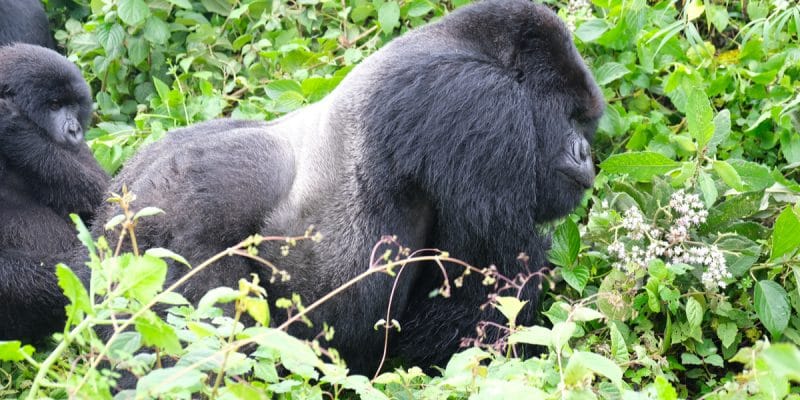 This is one of the motions of support issued during the World Congress of the Union for Conservation of Nature (IUCN), which takes place from 3 to 11 September 2021 in Marseille, France. Donors should support the actions of African great ape conservation groups. Threatened by poaching and the loss of their natural habitat, primates have disappeared completely in several African countries.

The World Congress of the Union for Conservation of Nature (IUCN), which takes place from 3 to 11 September 2021 in Marseille, France, recognises the work of African great ape conservation groups. In one of the motions of support formulated at this meeting, IUCN-France asks donors to provide financial assistance to these associations, because of the field work they carry out. “The strength of these associations is that they know their territory well. They know very quickly if there are on-going conflicts between animals and humans, for example when monkeys have destroyed fields, and they can intervene quickly to calm the situation,” says Sabrina Krief, a primatologist at IUCN-France.

The work of local great ape protection NGOs in Africa focuses on anti-poaching and preservation of the primates’ habitat. “Our ethnic group is dedicated to the defence of chimpanzees. To do this, we act against poachers, but we also visit schools to make young people aware of the importance of preserving the forests. And through them, we target their parents”, explains Julius Kaganda, member of the Kichida association in Uganda.

Poaching and forest loss are no longer the only threats to the great apes. Ebola haemorrhagic fever has become the biggest threat. The Ebola virus, which has caused several outbreaks in West and Central Africa, notably in the Democratic Republic of Congo (DRC) and Gabon, killing hundreds of people, has also decimated gorillas and chimpanzees in some of the forests of this region.

At the previous World Conservation Congress held in September 2016 in Honolulu, the Hawaiian capital, the IUCN classified four out of six great ape species as critically endangered. These are the Eastern Gorilla, Western Gorilla, Bornean Orangutan and Sumatran Orangutan. The Eastern Gorilla has suffered a catastrophic decline. Its population has been reduced by more than 70% in 20 years. It is currently estimated at less than 5,000 individuals.