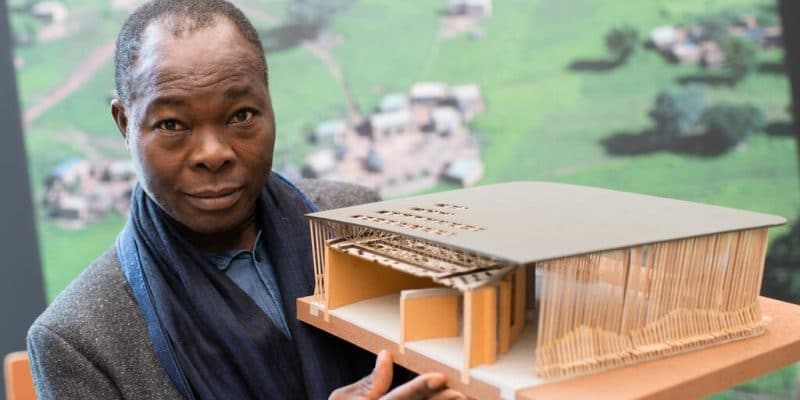 Pioneer of sustainable construction for the benefit of populations, particularly in Africa, Burkinabe architect Francis Kéré has just won the Pritzker Prize, the highest distinction in the profession ever awarded to an African.

“Thanks to his commitment to social justice and the intelligent use of local materials to adapt and respond to the natural climate, he works in marginalized countries, where constraints and difficulties are numerous and where architecture and infrastructure are absent. This is how the Pritzker Prize organizers describe the work of architect Francis Kéré. This Burkinabe has thus obtained the highest distinction in the profession.

Francis Kéré, 57, is known for his participation in the construction of numerous infrastructures, including schools in Benin, Burkina Faso, Mali, Togo, Kenya and Mozambique. Based in Germany, he is responsible for the renovation of the Bamako National Park in 2010. 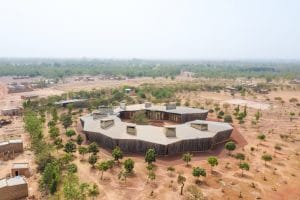 “I hope to change the paradigm, to push people to dream and to understand that it is not because we are rich that we should waste materials. Just because you’re poor doesn’t mean you shouldn’t try to create quality. Everyone deserves quality, luxury and comfort,” says the winner, who is helping to build the new National Assembly of Burkina Faso, after its destruction during the popular uprising of 2014. He hopes to make it an inclusive space for local vegetation.

The crowning achievement of sustainability

With his full name Diébédo Francis Kéré, the 2022 Pritzker Prize winner spent his childhood in Gando, a small council in Burkina Faso’s Boulgou province, without water or electricity. His works have brought him to the forefront of contemporary architecture, including his first project, an elementary school in his village. All made of brick, with a thick layer of earth for insulation and several openings designed to circulate air in the classrooms and thus do without air conditioning. The school’s design earned him the Aga Khan Award for Architecture in 2004. That same year, he graduated in Berlin, Germany. He then went on to design hospitals, libraries and community centers, taking into account local climatic and material constraints (clay).

Created in 1979 in Chicago by the American Jay Pritzker and his wife Cindy Pritzker, the Pritzker Prize is considered the “Nobel Prize of architecture”. This symbolic distinction of 100 000 dollars rewards a living architect, whose works impact the life of communities and peoples. The prize has already honored architects of various nationalities, including the American Philip Johnson in 1979, the Dutchman Rem Khoolaas at the jubilee of the year 2000, and the Japanese Toyo Ito in 2013. In 2021, the Pritzker Prize was awarded to the French duo Jean-Philippe Vassal and Anne Lacaton, whose works, according to the jury, “combine generous spaces and modest budgets while responding to climate emergencies, particularly in the area of green building.” An approach increasingly expected on the African continent.

A plan for green building in Africa

Ecological construction or eco-construction is the design of housing with environmentally friendly materials, including natural materials. This construction approach, which is not yet very viable in Africa, involves reinforced insulation, heat or cold management, the type of windows and their inclination, or clean energy lighting. Several countries on the continent, such as South Africa, have been encouraging real estate developers in recent years to take into account climatic conditions (sunshine, wind), ventilation and humidity, water drainage and rainwater collection, as well as the use of recycled materials.

However, many buildings are still constructed of concrete and cinder blocks. According to some experts, these energy-intensive construction techniques are not necessarily adapted to the tropical climate, as they transport heat very quickly and are expensive. The Climate Chance association based in Pris, France, suggests that the continent use local materials such as raw earth and plants (Typha, straw) because of their availability, thermal comfort and regulation of humidity that they provide.