AFRICA: “FACE” program will reconcile climate and gender in 14 countries 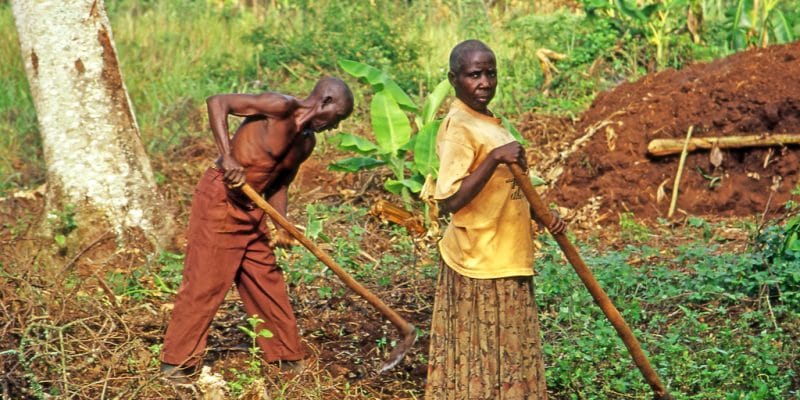 CCFD-Terre Solidaire, a French non-governmental organization (NGO) that fights against food insecurity, has just set up a program called "FACE". The initiative aims to strengthen the capacities of feminist organizations in the face of climate change and to finance alternatives for the ecological transition and the preservation of biodiversity.

Feminists for Climate and Environment Alternatives (FACE). This is a new program that will combine both climate action and gender issues in Africa. The initiative launched by CCFD-Terre Solidaire, a French non-governmental organization (NGO) that fights against food insecurity, will be deployed in several regions of Africa over a period of four years, between 2022 and 2026.

With the support of the French Development Agency (AFD), it will support the capacities of women’s organizations to act on the causes and impacts of climate change, particularly in agriculture. The project will also be implemented with three other partners such as the South African-based associations WoMin, Adequations, and Acord Rwanda.

WoMin is a pan-African eco-feminist alliance fighting for climate justice in the face of mining, oil and gas extraction and industrial mega-projects that impact communities and the environment. This commitment is shared by Acord Rwanda, an organization that promotes agroecology to achieve food sovereignty for rural populations and sustainable development on the African continent.

Africa at the heart of sustainable development

At least 14 African countries will benefit from the “FACE” program, including Ivory Coast, Guinea and Sierra Leone in West Africa. Also, Namibia, South Africa, Eswatini and Lesotho located in Southern Africa. In East Africa, the Face program will be deployed in Madagascar, Zambia, Mozambique, Zimbabwe, Rwanda and Burundi. Projects are also planned in Central Africa, particularly in the province of North Kivu in the Democratic Republic of Congo (DRC), where women are increasingly involved in climate action.

Read also-AFRICA: Ottawa allocates $8 million to reduce the impact of climate on women

It is an initiative that combines the reduction of gender inequalities and the fight against climate change advocated by the 6th and 13th Sustainable Development Goals (SDGs) of the United Nations (UN) 2030 Agenda. “The objective is to support the actions for the preservation of the climate and the environment of organizations engaged in the fight for the respect of women’s rights in Africa. To strengthen the capacities of feminist organizations in the face of climate change and to network them. We will also finance alternatives for the ecological transition, the preservation of biodiversity while questioning the public authorities on the rights of women and their mobilization for the climate, “says the coalition of the Face project.