Homepage » AFRICA: Deutsche Bank and the GCF to finance green energy with $500M

AFRICA: Deutsche Bank and the GCF to finance green energy with $500M 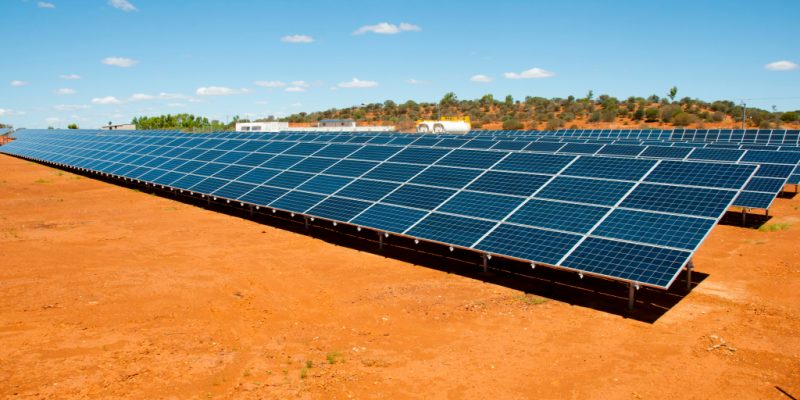 A new financing mechanism for renewable energy is being launched at COP26 in Glasgow, Scotland. The $500 million investment programme was recently launched by Deutsche Bank, Germany’s largest bank with a turnover of €25.3 billion in 2018. The Frankfurt am Main-based financial institution is implementing the new investment programme in partnership with the Green Climate Fund (GCF).

The United Nations (UN) financial institution will provide USD 80 million as a seed investment to set up the programme. The implementation of the programme is entrusted to DWS. The Deutsche Bank-owned asset manager will have a 3% stake in the new financing facility.

The facility is designed to finance renewable energy in sub-Saharan Africa. The programme will mainly support decentralized renewable energy production. These off-grid solutions include mini-grids for community electrification, solar home systems and solar power systems for productive use, which are necessary for access to electricity and for reducing emissions from businesses.

“The signing of this agreement marks the beginning of the first programme between the GCF and Deutsche Bank, demonstrating our mutual commitment to mobilizing the private sector for climate action. Decentralized renewable energy production is a key solution on the African continent to reduce emissions in developing rural economies and to realize economic and social co-benefits,” says Henry Gonzalez, Director of the GCF Private Sector Facility.

According to Deutsche Bank, the programme will focus on markets where electricity supply is inefficient, excessively expensive and insufficient to support rapid economic growth. With this initiative, the German bank will diversify its assets in Africa. More importantly, the programme will green them. The financial institution has been heavily criticized in recent months for its climate-damaging investments. According to the environmental organization Greenpeace, the bank wants to provide Halcyon Agri with 25 million euros in financing for its rubber plantations in Malaysia and especially in Cameroon, where the Singaporean multinational is represented by its subsidiary Sudcam Hevea.

The company has obtained a 100,000-hectare forestry concession from the Cameroonian authorities to plant rubber trees. Sudcam Hevea has already begun operations by razing 10,000 hectares of rainforest, at a time when the world is striving to preserve these carbon sinks.