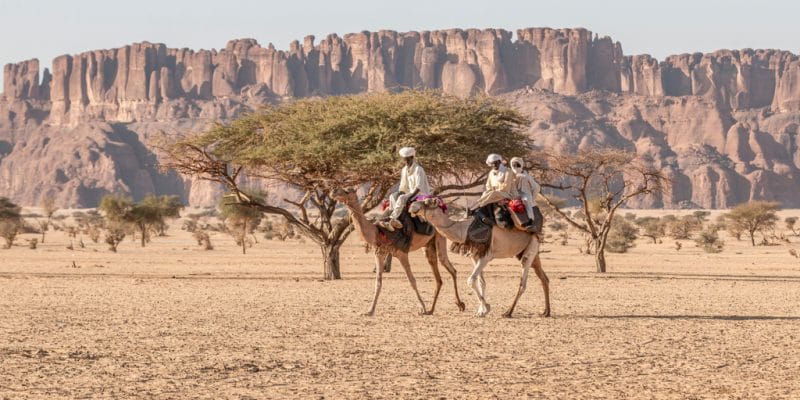 Several senior UN officials support the idea that "combating land degradation can help anticipate and manage conflicts in Africa". The Sahel region was used as an illustration during the UN Security Council briefing on September 17th, 2020 on the humanitarian impact of continuing environmental degradation on peace and security. The number of internally displaced persons (IDPs) due to violence is increasing as the desert advances.

Climate and even land degradation is believed to be at the root of conflicts in Africa. In the Sahelian regions, where the advance of the desert remains worrying, some observers point to positive correlations between rising temperatures and the resurgence of conflicts. At the September 17th, 2020 briefing of the UN Security Council on the humanitarian impact of continuing environmental degradation on peace and security, the Executive Secretary of the United Nations Convention to Combat Desertification (UNCCD), Ibrahim Thiaw, reminded the Council that environmental protection is vital for peacekeeping. “If we avoid, reduce and reverse land degradation in a coordinated manner, we can better prevent, anticipate and manage many of the world’s conflicts,” he said.

To illustrate these non-state causes, which are fundamental in triggering conflicts, the UN chief used the situation in the Sahel in Africa as an example. He noted that in this region characterised by arid lands, violence often erupts because of competition for land. During the virtual meeting, Inna Modja, Earth Ambassador and environmental activist, said that forced migration has increased in the vast Sahel region. According to the World Food Programme (WFP), in 2019, the number of people internally displaced by drought and violence quadrupled in the central Sahel, peaking at 780,000 in Burkina Faso, up from half a million at the beginning of the year. To remedy the situation, Inna Modja encouraged the UN Security Council to invest in the region’s “youth and women” as major “agents of change”.

Jesac” the solution proposed by the NGO Oxfam in the Sahel

The need to invest in climate resilience through youth and women has already been mainstreamed by Oxfam. In partnership with local organisations, the NGO launched the Sahelian Youth for Climate Action (Jesac) project in August 2020 to promote the leadership and empowerment of youth and women in initiatives related to the recovery of degraded areas and adaptation to climate change.

Spread over a period of three years, the Jesac aims to strengthen and equip young people from a technical point of view and also in the financial aspect, to make them more resilient to climate issues and the situation of insecurity and poverty. Reforestation and the practice of agroforestry are among the recommended activities, which can enable them to have more agricultural yield in the dry season and more income. An improvement in livelihood conditions that will make them less susceptible to the rhetoric of extremist movements.