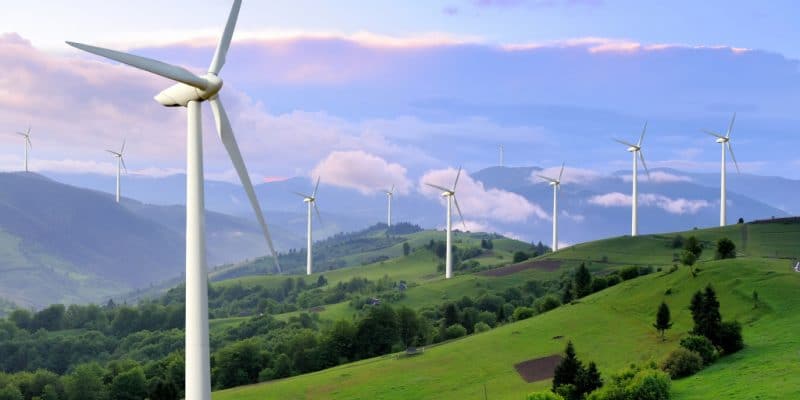 Renewable energy is on the rise in Africa. Increased investment in this very dynamic sector could increase development in this region of the world by 6.4% by 2050. This is what the African Development Bank (AfDB) and the International Renewable Energy Agency (IRENA) note in a recently published report.

According to this analysis, coal, natural gas and oil together account for about 70% of total electricity generation in Africa. This trend is driven by countries such as Algeria, Egypt and South Africa, which own most of the continent’s thermal power plants. In the case of South Africa, for example, out of an installed capacity of more than 58 GW, 48.38 GW are produced from fossil fuels. However, Nelson Mandela’s country is already engaged in its energy transition with a program aimed at encouraging private investment in clean energy.

On the scale of the African continent, the installed capacity is 829 TWh, in 2019 according to IRENA. Although new renewable energy plants have come on stream in the last two years, the electricity mix is still dominated by fossil fuels, with natural gas leading the way at 42.6%, followed by coal at 28.1%. Renewable energies account for only 21.1%.

Yet, according to the AfDB and IRENA report, increased investment in renewable energy could create at least 26 million jobs by 2050. But despite its great potential, Africa is still lagging behind in renewable energy investment and development. Out of a total investment of $2.8 trillion allocated to the sector between 2000 and 2020 worldwide, only 2% went to Africa, or $60 billion.

The sub-region that received the most investment was Southern Africa ($22.4 billion), led by South Africa, followed by North Africa with $17.5 billion. Central Africa is the soft underbelly of renewable energy investments with only $1.3 billion mobilized in 20 years. Increasing investment in renewable energy on the African continent would also reduce the proportion of people living without electricity. According to the report of the AfDB and IRENA, this situation concerned 54% of Africans in 2020.