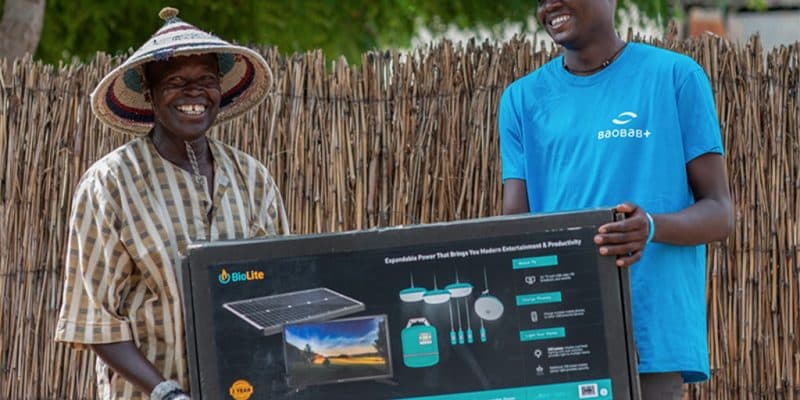 The impact investment platform Symbiotics is providing a $5 million loan to Baobab+, a French company specializing in electrification via solar home systems. The funding will allow the company to expand its services in six countries in sub-Saharan Africa.

Baobab+ obtains funds to strengthen its services in Africa. It is a $5 million loan from Symbiotics, an impact investment platform based in Geneva, Switzerland. With this funding, Baobab+ plans to strengthen its electricity access services in six African countries. The Paris, France-based company is present in Ivory Coast, Mali, Senegal, Madagascar, Nigeria and the Democratic Republic of Congo (DRC).

In these sub-Saharan African countries, Baobab+ installs solar home systems, mainly in rural households. In addition to lighting, these systems are capable of powering small electronic devices such as cell phones, radios and televisions. To break down the cost barrier in rural areas where purchasing power is quite low, the electricity provider is banking on the pay-as-you-go model that is very common in the solar home systems segment.

In addition, “Baobab+ has developed a scoring system that allows its customers to become eligible for micro-credits, using the repayment history of the solar or digital product to assess the creditworthiness of customers,” says the company founded in 2015. Supported by Baobab Microfnance Group, the parent company of Baobab+, this solution initially introduced in Senegal, will be gradually deployed in all countries, says the startup.

“Symbiotics’ support will allow us to strengthen our presence, especially in Nigeria and the DRC, where we recently launched our operations. It’s really great for us to have an impact investor like Symbiotics by our side, to support us in our growth,” says Alexandre Coster, co-founder and CEO of Baobab+.

The credit comes just months after a $10 million investment in Baobab+. These funds were injected into the French company’s capital by the Norwegian Investment Fund for Developing Countries (NORFUND).