Homepage » AFRICA: An international agreement to stop deforestation by 2030

AFRICA: An international agreement to stop deforestation by 2030 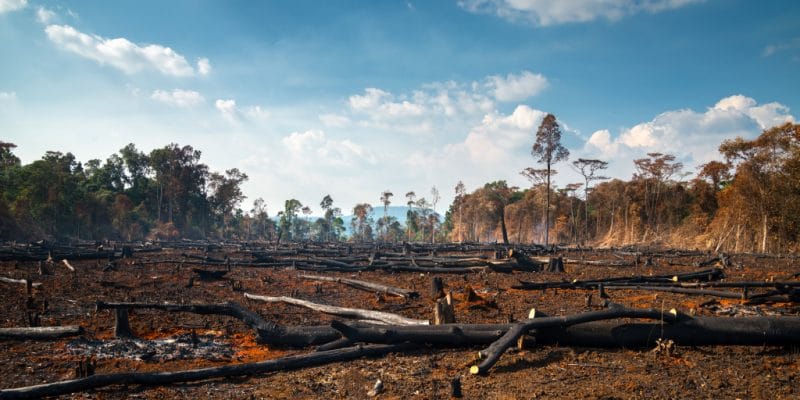 One hundred leaders from countries covering 85% of the world's forests have committed to reversing deforestation and land degradation. This initiative, initialed at COP 26, will benefit from public and private funding of about 20 billion dollars and involves African countries, particularly those in the Congo Basin.

It is an essential initiative to achieve the goal of limiting global warming to 1.5°C. The joint decision of 100 world leaders, including Brazil, Canada, the Democratic Republic of Congo (DRC) and Russia, aims to stop deforestation over the next 10 years. This will involve restoring degraded land, fighting fires and supporting indigenous communities.

This new promise, although questioned by some organizations such as Greenpeace, should nevertheless allow to support developing countries, especially in Africa, where forests are a great cultural wealth, but also economic for its growth. A previous action had been considered in 2014 in New York and some experts have translated its failure for example by the proliferation of tree felling. A deforestation that largely contributes to climate change.

Africa is not left out

In this global envelope, one billion will be devoted to the protection of the Congo Basin, which is home to the second largest tropical forest in the world. The forest covers six countries, Cameroon, DRC, Republic of Congo, Equatorial Guinea and Gabon and the Central African Republic (CAR). Africa has one of the highest rates of deforestation in the world, with 4 million hectares of forest lost each year according to the United Nations (UN).

The Congo Basin alone accounts for nearly 70% of the forest cover of the entire continent and 300 million hectares that are essentially covered by forest with 99% primary or naturally regenerated forest, as opposed to plantations. Between agriculture, infrastructure construction, mining activities and even urbanization, these economic activities are responsible for deforestation on the continent today.

If it is urgent to fight against deforestation in countries like Nigeria, Tanzania, Zimbabwe and the DRC, it is even more so in West Africa where 90% of the forest cover has been razed. This is also the case in Gabon, which has regained awareness of its forest cover, which represents up to 80% of its surface area. As a result, this Central African country has entered into negotiations with the European Union (EU) to stop the export of illegally produced timber. In view of the many consequences of deforestation in Africa, the DRC, which has a high rate of deforestation, is working to prevent the loss of 40% of its forest cover.