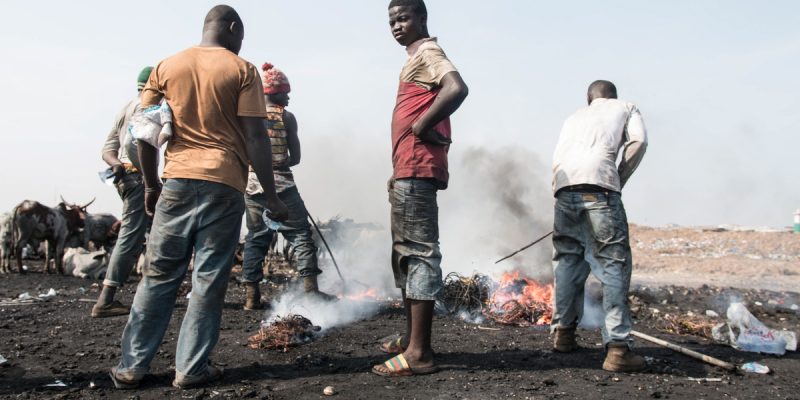 Some European countries and the United States continue to export their hazardous waste to Africa in violation of international treaties governing movements in this area. The Spanish Civil Guard announced the arrest of 34 people on June 29, 2020, on the islands of Tenerife, Spain, off the west coast of Africa, on suspicion of illegally exporting 2,500 tons of e-waste to Nigeria and seven other African countries. Among the suspects, the majority of whom are of African origin, is a 62-year-old Italian woman who was responsible for transmitting the necessary documents to customs, falsifying certificates to make it appear that the devices were working perfectly.

The cargo consisted of used motor vehicles, spare parts, household items and electrical and electronic appliances, obtained from individuals or companies who disposed of them because they were obsolete or unusable. But once they arrive on the African continent, this waste “is often processed by children, who often handle the appliances with their bare hands without any protection and extract mainly aluminium and copper,” says the Spanish Civil Guard, which points out that this waste contains substances that are dangerous for the environment and harmful to human health if not processed properly.

In one year, 138 illegal shipments of hazardous waste were recorded between the Tenerife Islands and African countries

The investigation conducted by the Civil Guard also established that between 2018 and 2019, 138 illegal shipments of hazardous waste were transferred from the Tenerife Islands to several African countries, including Senegal, Ghana, Gambia, Togo, Benin, Guinea-Conakry, Sierra Leone and, especially Nigeria, a country that has become customary due to this fact.

A study financed by the US Environmental Protection Agency (EPA) and published at the end of April 2018 reveals that at least 16,900 tonnes of e-waste were sent to Nigeria in 2015 and 2016, some of which were smuggled in second-hand cars. Researchers estimate that 77% of the electronics shipped originated from EU ports. Of these, 20% came from Germany, 19.5% from the United Kingdom, 9.4% from Belgium and 8.2% from the Netherlands.

Such exports are prohibited by the Basel Convention on the Control of Transboundary Movements of Hazardous Wastes and their Disposal. This international treaty, which entered into force on May 5, 1992, cannot, however, be respected by countries that have not yet ratified it, such as the United States, Canada, Japan, Australia, New Zealand, South Korea, Russia, India and Brazil, which are major producers of electronic waste.