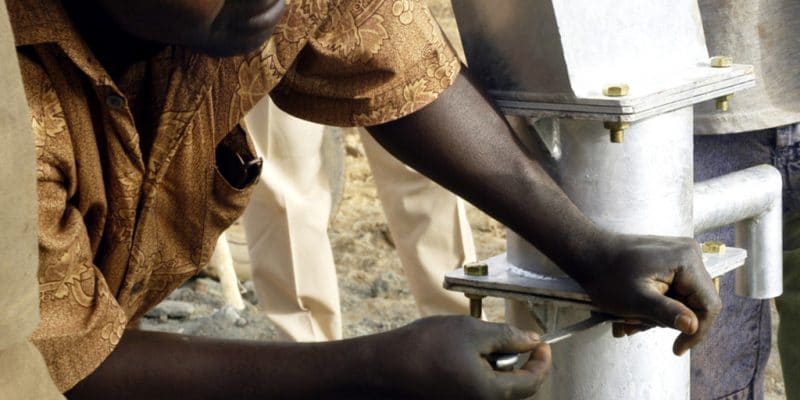 The Government of Zimbabwe recently announced a project to build 600 boreholes in eight rural provinces of the country. The boreholes will serve to supply drinking water and irrigate plantations.

Zimbabwe is experiencing a drought that is mainly resulting in reduced river flows that impact dams used to produce drinking water. To deal with this situation, the government is relying on groundwater resources as it has decided to build 600 boreholes in eight rural provinces of the country.

Each province will have 60 boreholes. According to Edwin Toriro, the Director of Water Supply and Maintenance of Zimbabwe’s District Development Fund (DDF), apart from the quota set by the government, localities such as Muzarabani, Mangwe, Chiredzi, Kanyemba, Mukumbura, Uzumba, Maramba, Pfungwe, Tsholotsho and Binga will have 100 wells, as they are significantly more affected by the drought.

The project to build 600 boreholes will be carried out by the Ministry of Health and Child Care. The facilities will not only be used to provide drinking water. Drilling will also be built to supply some irrigation systems during the dry season.

The government will also rehabilitate several boreholes across the country, thanks to “Moreso, an ongoing borehole rinsing exercise. This involves rinsing off dirt and debris with compressed air. Blowing air will restore borehole productivity,” explains Edwin Toriro of the DDF.

The Government of Zimbabwe has allocated $46 million to DDF to carry out the project, which will finance all the work to help people in rural areas.

The situation in Gweru

In urban areas such as Gweru, in the Midlands Province, expectations are just as high. Usually, this city of more than 100,000 people gets its water from the Gwenhoro dam on the Runde River. However, for some time now, the level of the reservoir has fallen to 12% of its capacity, leading to a serious water crisis.

To solve this problem, local officials turned to the Amapongokwe dam. Four pumps made in India have recently arrived in Gweru. They will be used to build a water intake on the Amapongokwe dam reservoir. “The pumps will provide raw water to our treatment plant at Gwenhoro Farm. We expect them to pump about 60,000 m3 of raw water per day, which will go a long way to alleviating the current crisis and the strict rationing we are experiencing,” says Robson Manatse, an engineer from the municipality of Gweru.