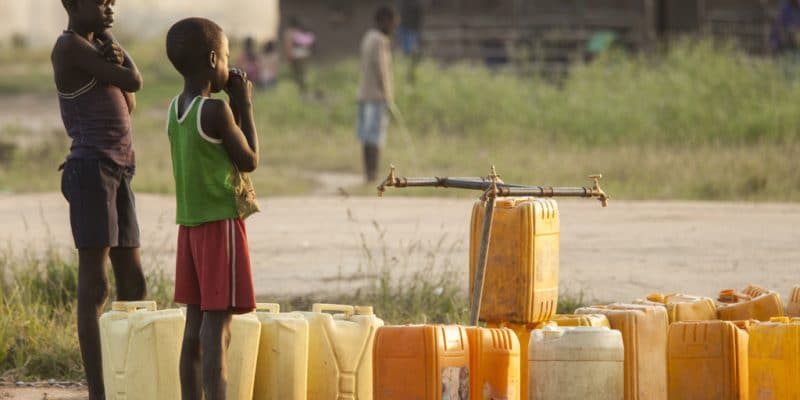 The European Investment Bank (EIB) has granted a EUR 5 million grant to Zambia to complete a loan agreement with the Zambian government to support the Zambia Water and Sanitation Project.

Zambia has €5 million to take forward the implementation of part of its Zambia Water and Sanitation project. The European Investment Bank (EIB) has approved this new financing in the form of a grant. It complements a €75 million loan to this southern African country in 2013 to support the Zambia Water and Sanitation project. The EIB grant will be accompanied by another grant of EUR 6 million to support the implementation of a specific part of the project.

Margaret Mwanakatwe, Zambia’s Finance Minister, said she would allocate the €5 million to upgrade drinking water and wastewater treatment plants in Chingola, Mufulira, Chilililabombwe, Konkola and Kasumbalesa. According to Marc Leistner, the representative of the EIB Head of Delegation, most drinking water infrastructure in northern Zambia is obsolete because some are 50 years old.

“The Zambia Water and Sanitation project, including the sub-component financed by the European Union, is all the more relevant in the Zambian context, as the country is currently suffering from the impact of climate change due to prolonged drought and severe flooding,” says Ambroise Fayolle, EIB Vice-President.

All the funds provided by the EIB will be used to implement drinking water and sanitation projects that will benefit 350,000 people. In Zambia, water and sanitation covers a much broader spectrum, with priority given to the drought-affected northern part of the country.

The Zambezi Drilling Company carried out drilling in Chingola, Chilililabombwe, Lubansa, Ipafu and Solwezi as part of the project. The water is extracted from the groundwater, treated and distributed by the state-owned Mulonga Water and Sewerage Company (MWSC). In parallel with the drilling work, the Kasompe reservoir has been rehabilitated and now serves the city’s 6,500 inhabitants.

The Zambia Water and Sanitation project will require a total investment of €156 million.