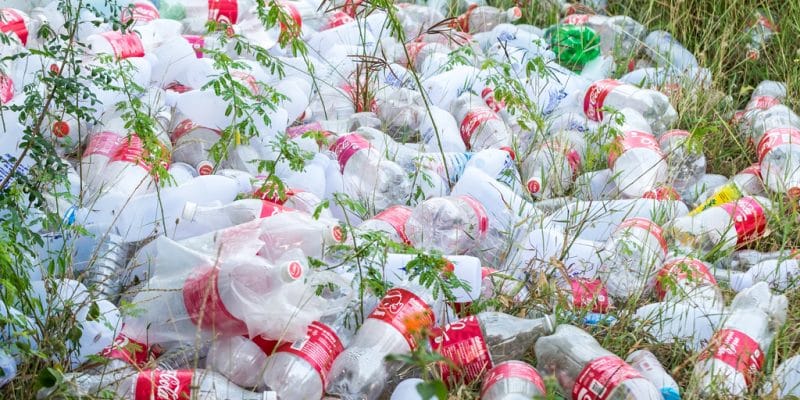 As part of its Plastic Recycling Industries (PRI) programme in Uganda, Coca-Cola Beverages Africa (CCBA), the subsidiary of Coca-Cola, has signed an agreement with three Ugandan companies to fight plastic waste pollution in the capital Kampala.

As part of its Plastic Recycling Industries (PRI) programme in Uganda, Coca-Cola Beverages Africa (CCBA), the subsidiary of Coca-Cola, has signed an agreement with three Ugandan companies to fight plastic waste pollution in the capital Kampala. Through its Ugandan subsidiary, Coca-Cola Beverages Africa (CCBA) wants to reduce the amount of plastic waste littering the streets of Kampala. To do so, the subsidiary of the American soft drink giant Coca-Cola is partnering with three companies active in waste management in Uganda, as part of its Plastic Recycling Industries (PRI) initiative.

These include Yo-Waste, Ecoplastile and Asante Waste Management. Together, the three companies will collect plastics which they will then supply to Coca-Cola’s PRI for its recycling activities. “This partnership with other private sector players will realign priorities, rethink approaches and change mindsets to see plastic as a valuable resource and business if managed well,” says Rodney Makula, CEO of Asante Waste Management, a company established in 2013.

For its part, Yo-Waste connects businesses and individuals at home with waste collectors and recyclers. The concept was launched in 2019 by five computer science students from Makerere University in Kampala.

Eoplastile chief executive officer Frank Kamugyisha explained that the partnership with Coca-Cola Beverages Africa will enable his company to expand its recycling capacity from 30 to 150 tonnes of plastics per month. This initiative will create 1,050 jobs as informal plastic waste collectors for youth and women.

In recent years, CCBA has developed a number of partnerships to strengthen its green credentials in Uganda. In 2020, for example, the bottler, which also has operations in Tanzania and South Africa, partnered with Stanbic Bank Uganda, a subsidiary of Standard Bank, and the Ugandan company Nice House of Plastics to promote the responsible use and recycling of plastic waste.

The initiative supported by the Kampala City Council (KCCA) allows the US multinational to use plastic granules as raw material in the manufacture of equipment such as chairs, containers and racks for storing beer and milk bottles. The initiative benefited 833 families.