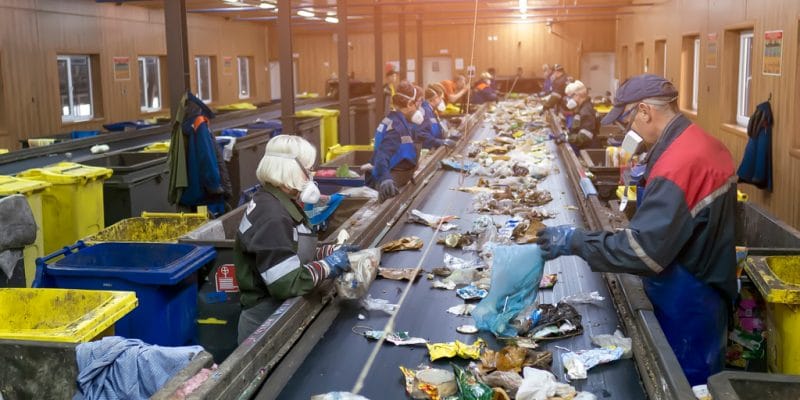 The governorate of Gafsa, located in the south-west of Tunisia, has recently established a waste sorting centre. The new facility is the result of cooperation between the municipality of El Guettar and the German city of Böblingen, supported by the Deutsche Gesellschaft für Internationale Zusammenarbeit (GIZ), the German international development cooperation agency.

A waste sorting centre has recently been set up in Tunisia. It is located in the commune of El Guettar, in the governorate of Gafsa in the south-west of the country. The new facility was recently commissioned by the local authorities. The project is part of the cooperation between the municipality of El Guettar and the city of Böblingen in south-west Germany.

The sorting centre for household waste was set up by the company responsible for waste management in the city of Böblingen. The cooperation between the two cities was made possible thanks to the support of the Deutsche Gesellschaft für Internationale Zusammenarbeit (GIZ). The German International Development Cooperation Agency (DFID) also contributed to the financing of the waste sorting centre in El Guettar.

The construction of the El Guettar household waste sorting centre cost 250,000 Tunisian dinars, or more than 80,000 euros. The new facility will sort cardboard, plastic waste and beverage cans. These products will then be sold to recycling plants. A few days after the inauguration of this new centre, which will handle all of Gafsa’s household waste, the governorate acquired new equipment to improve waste collection.

As a result, it has deployed 250 trash bins in several areas. These are Ennour, Gafsa-city, Sidi Ahmed Zarrouk, Ras El Kef and Echabab. The acquisition of these dumpsters was financed by the United States Agency for International Development (USAID).

AFRICA: London to invest $19.6 million for green cities on the continent