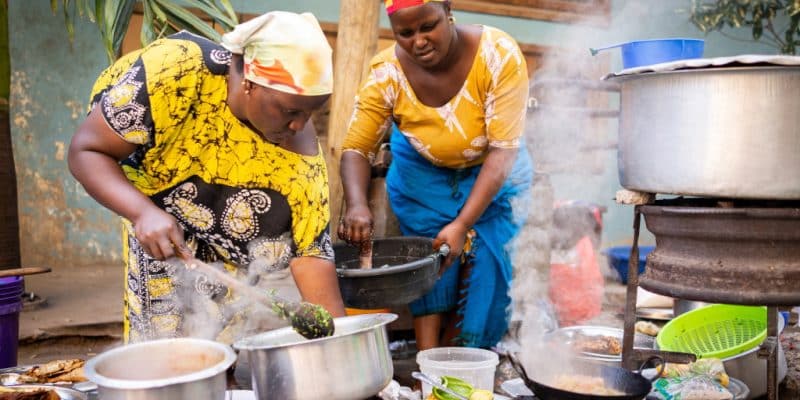 The International Finance Corporation (IFC), the private sector financing arm of the World Bank Group, will lend €16.2 million to the company Zener in Togo. The company distributes clean cooking kits based on liquefied petroleum gas (LPG).

The International Finance Corporation (IFC) will provide €8.1 million of the €16.2 million in financing promised to Zener. The World Bank Group subsidiary is also committed to mobilising the second half of the loan from other financial partners. The financing is intended to support the activity of Zener, which provides clean cooking systems to Togolese households.

Its solution is based on liquefied petroleum gas (LPG), an energy derived from oil refining and more generally from natural gas processing. Also used as a fuel in some vehicles, LPG emits on average 15% less CO2 than petrol, hardly any fine particles (unlike diesel and petrol) and little nitrogen oxide (as much as petrol, but 13 times less than diesel), according to the French car manufacturer Renault.

An alternative to wood and charcoal

According to the IFC, CO2 emissions are halved when LPG replaces wood or coal, and by about a third when it replaces fuel oil or paraffin. LPG therefore represents an alternative for households in Togo. Currently, 90% of the population in this West African country uses biomass, such as charcoal and firewood, as their main source of energy for cooking, resulting in high levels of deforestation and greenhouse gas (GHG) emissions, and negative health effects due to indoor air pollution, especially for women and children.

With the IFC loan, Zener plans to increase the capacity of its LPG storage terminals in the country by an additional 3,600 tons and to equip five future filling stations with LPG cylinder exchange stations and solar kits.

“Zener has the only LPG import terminal by sea in Togo, which is currently operating at maximum capacity. IFC’s support will allow Zener to expand the terminal to further increase the use of LPG and help reduce the country’s carbon footprint as consumers adopt LPG as a better alternative to biomass fuels,” says Jonas Daou, Zener’s Managing Director.