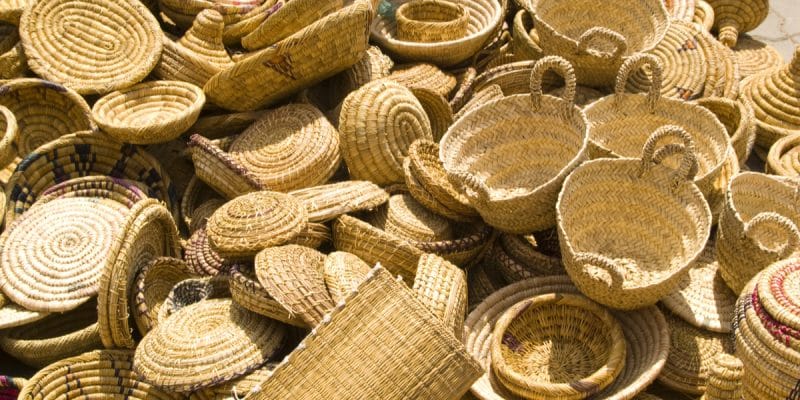 In southern Togo, many farmers have stopped spraying herbicides on willow plants. The grass that used to be a wild-type plant has become a source of money in the country. It is used in basketry for the manufacture of many domestic objects. It is an ecological activity that makes the farmer autonomous after three years.

Willow is now welcome in Vogan plantations, a locality in the north-east of Lomé, the capital of Togo. Once considered a weed species, this material, which is prized in basketry, is now of great value to farmers who use it to make baskets. “We had often considered willow as a weed. We used to use herbicides against it, but today it has become our ally against poverty,” said Kossi Vidéka, a Vogan resident met by VOA Africa.

This activity does not only empower communities, it also preserves the nature of these herbicides that were once used to destroy willow. In addition, the baskets are environmentally friendly because they are biodegradable and their manufacturing materials are renewable.

The American company Ten By Three implemented the activity in Vogan. “Since 2018, Ten By Three has been buying all the baskets made by farmers and selling them to the United States. By providing an average of ten baskets per month, the gains made in this activity allow a farmer to be self-sufficient within three years.” said Edoh Soncy, Director of Ten By three – Togo.

The German company Hansen Korbwaren also sets up in Togo

The ecological benefits of wicker basketry promise a better future for Togo. After the American Ten By Three, here is the tour of the German Hansen Korbwaren.

The company, which has specialised in basketry since 1934, carried out a market study in March 2019 in Togo. During the study, five varieties of plants popular in the basketry were declared suitable for growing on Togolese land. Several farmers have been trained in the cultivation of these plants, the objective being to professionalise the basketry sector in Togo.

Hansen Korbwaren also plans to bring six Togolese to Germany in the coming months. The latter will be trained in modern basketry techniques and will return to their country with that expertise, in order to pass it on to their fellow countrymen.