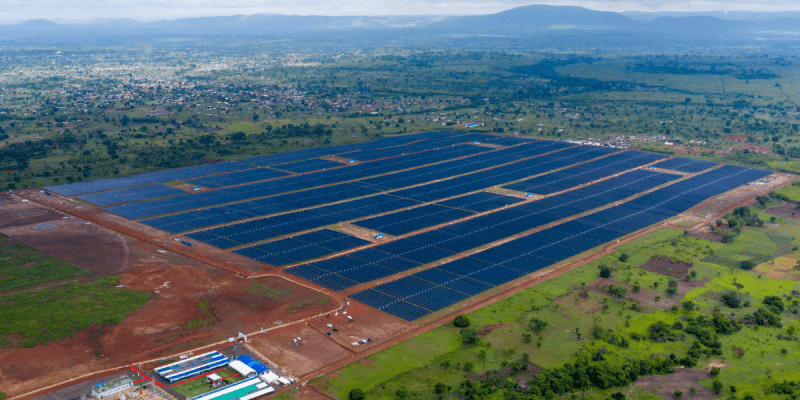 The government of Togo has obtained a promise of financing from the Abu Dhabi Export Office (ADEX). This is a $25 million loan for the expansion of the Blitta solar PV plant, as well as the construction of an electricity storage system.

News on the Blitta solar power plant in Togo. Its electricity production capacity will soon be increased by 20 MWp. The information comes from Amea Power, a company based in Dubai, United Arab Emirates. The independent power producer (IPP) that owns the plant has secured $25 million in financing for the expansion of the solar power plant, which has been operational since June 2021. The financing will be provided by the Abu Dhabi Export Office (ADEX), a financial facility of the Abu Dhabi Fund for Development (ADFD).

The $25 million loan agreement has already been signed between the UAE financial institution and the Togolese Ministry of Economy and Finance. Under the agreement, the solar photovoltaic plant will also be equipped with a 4 MWh storage system to enable the plant to supply electricity after sunset. The work will be carried out by Amea Technical Services, a subsidiary of Amea Power.

Currently, the solar park in the village of Blitta has a capacity of 50 MWp. The power plant is named Mohamed Bin Zayed, after the Emir of Abu Dhabi and President of the United Arab Emirates. The output is sold to the Compagnie Energie Electrique du Togo (CEET). According to Amea’s estimates, the solar plant is capable of supplying 158,333 Togolese households.

But after its expansion, the plant should meet the energy needs of at least 222,000 Togolese households. The first two phases of the Blitta solar PV plant were financed by Amea Power with loans from the West African Development Bank (BOAD) and ADFD. With the implementation of the third phase, Blitta will become the largest solar power plant in West Africa.