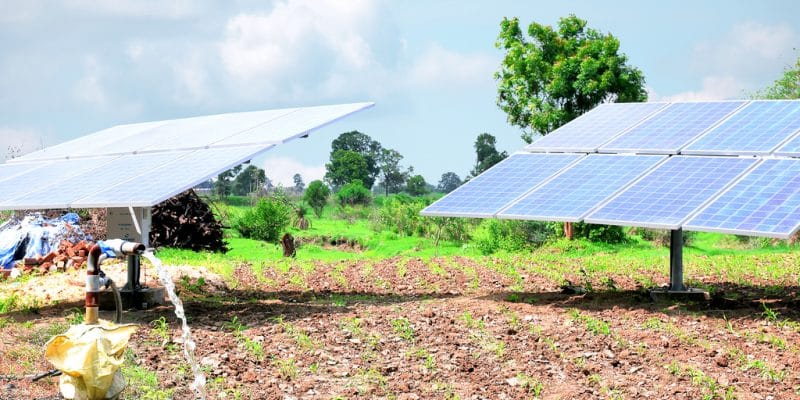 "Bboxx EDF Togo", the new joint venture formed by Electricité de France (EDF) and the British company Bboxx, as well as the Kenyan start-up SunCulture have just signed a partnership with the government of Togo. The agreement will provide solar water pumps to 5,000 farmers in this West African country.

Making sustainable irrigation more accessible in Togo. This is the aim of the initiative recently launched by the new joint venture “Bboxx EDF Togo”, formed by Électricité de France (EDF) and the British company Bboxx, and SunCulture, a Kenyan start-up that supplies solar water pumps for irrigation. The Togolese government is collaborating with these companies in the implementation of this project.

The project being developed in Togo will provide solar water pumps to 5,000 farmers living in areas poorly served by an unstable electricity grid. These sustainable irrigation systems are expected to improve the economic prospects of farmers by increasing their productivity by up to five times, thus avoiding them having to travel long distances to fetch water. Solar water pumps will also enable farmers to ensure a harvest during the dry season, with the possibility of growing higher value-added crops.

IoT at the service of water

The solar water pumps will be supplied by SunCulture, EDF’s subsidiary in Kenya. Bboxx EDF Togo will deploy the irrigation systems and arrange financing for customers. “The solar water pumps to be deployed in Togo will also benefit from the technical expertise of EDF’s R&D in the off-grid sector, where we will oversee design choices and help improve product performance,” says EDF.

The solar irrigation systems will be integrated into Bboxx Pulse®, Bboxx’s comprehensive management platform, which uses Internet of Things (IoT) technology to enable remote management and monitoring. The services will be provided on the same pay-as-you-go model used by Bboxx’s Solar Home Systems (SHS).

At least 50% of the Togolese government-subsidised project

The supply of solar water pumps to 5,000 farmers will be subsidised up to 50% from the state of Togo’s own funds. This subsidy will be accompanied by an exemption from import duties and VAT on irrigation systems, making the product more affordable for farmers, especially smallholders.

The initiative developed by the joint venture Bboxx EDF Togo and SunCulture is part of the CIZO project, launched in 2019 by the Togolese government. The initiative aims to provide access to electricity to 2 million people living in rural areas within 5 years.