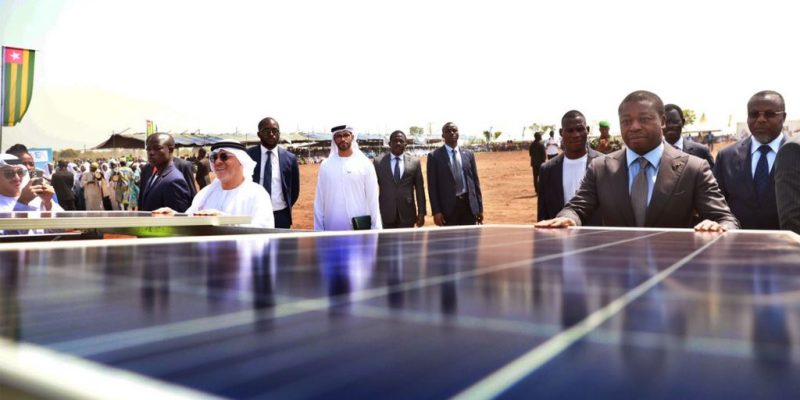 The independent power producer (IPP) in the UAE, Amea Power, began construction of the Blitta solar photovoltaic power plant on January 3, 2020. The plant will have a 50 MWp capacity.

Togolese President Faure Essozimna Gnassingbé visited Blitta, in the central region, on the 3rd of January 2020 to lay the foundation stone for a new solar photovoltaic power plant. The ceremony took place in the presence of Hussain Al Nowais, President of Amea Power, the Emirati Independent Power Producer (IPP) which is developing this photovoltaic solar project.

The plant will be named Mohamed Bin Zayed, after the Prince and Minister of Defence of Abu Dhabi, one of the seven United Arab Emirates. The Blitta solar project is being developed within the framework of a partnership (PPP) signed with the Togolese government. With a capacity of 30 MWp, the first phase will be commissioned in June 2020. The second phase will be accompanied by a connection to the Togolese national grid in October 2020, bringing the capacity of the installation to 50 MWp.

The Blitta solar power plant will then become one of the largest in the West African sub-region. The park will be operated for 25 years by Amea Togo Solar, the local subsidiary of Amea Power. The construction of this plant, which will provide electricity to 600,000 homes and 700 small and medium-sized enterprises (SMEs), will require an investment of €33.5 million.

The IPP Amea Power is supported by the West African Development Bank (BOAD) with a loan of €10.7 million. The Abu Dhabi Fund for Development (ADFD) is also behind the project with an allocation of €13.6 million.