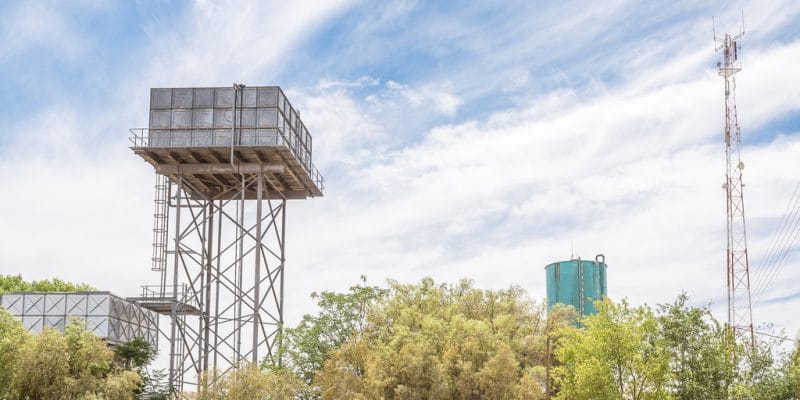 Shirika La Uzalishaji Mali La Jeshi La Kujenga Taifa (Suma JKT), the construction unit of the national service in Tanzania has just been granted a two-month extension to complete the construction of a water reservoir in Buigiri in the Chamwino district in Dodoma. The facility, with an expected capacity of 2,500 m3, was due for delivery in September 2020.

End of February 2021. This is the new deadline imposed on Shirika La Uzalishaji Mali La Jeshi La Kujenga Taifa (Suma JKT), to deliver the water reservoir in the Chamwino district to Dodoma, the capital of Tanzania. This decision was taken recently by the Deputy Permanent Secretary of the Tanzanian Ministry of Water, Nadhifa Kemikimba.

Initially, construction of the water reservoir was expected to be completed by September 2020, but almost four months later it was not. Yet Dodoma is suffering from increasing water stress. “This situation dates back to 2017. It follows the government’s decision to transfer its administration from Dar es Salaam in 2016,” says the deputy permanent secretary of the Tanzanian Ministry of Water, Nadhifa Kemikimba.

The future water reservoir is under construction in Buigiri, a village in the Chamwino district. The facility will be able to collect 2500 m3 of water to supply the district’s inhabitants, as well as patients from the Uhuru referral hospital. The Chamwino drinking water project is financed by the government of Tanzania to the tune of 1 billion Tanzanian shillings (over US$431,000).

In Ihumwa and Nzuguni; two administrative districts also located in the Dodoma region, the Dodoma Water Agency (Duwasa) is developing a drilling project for water supply. “At least 10 boreholes currently under construction will be completed by the end of January 2021,” says Aron Joseph, acting director general of the Dodoma Water Agency.