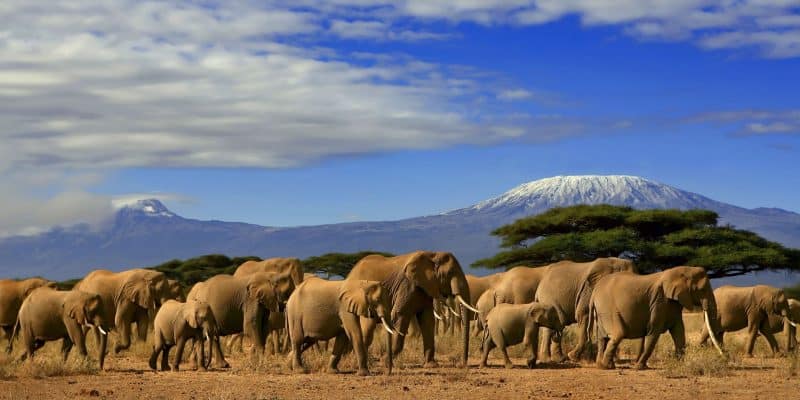 Nearly 20,000 elephants were counted during a 20-day survey in Katavi-Rukwa and Ruaha-Rungwa, two regions in western and southern Tanzania respectively. With such a large population of pachyderms, the East African country becomes the most important stronghold for elephants in Africa outside Zimbabwe and Botswana.

The Tanzanian government released the results of a second wildlife survey of the Katavi-Rukwa and Ruaha-Rungwa ecosystems in western and southern Tanzania respectively on 1 November 2022. The results indicate that elephant numbers have stabilised in an area that has been one of the hardest hit by ivory trafficking over the past decade.

“Conservation actions in the Katavi-Rukwa and Ruaha-Rungwa ecosystems have clearly led to an increase or stability in wildlife populations, according to the census data we announced today,” notes Dr Pindi Chana, Tanzania’s Minister of Natural Resources and Tourism. During the 20-day census, 19,884 elephants were registered. The survey covered 89,213 square kilometres of the Katavi-Rukwa and Ruaha-Rungwa landscape and included parks, game reserves and other protected areas.

These new data confirm that this landscape remains the most important in East Africa in terms of elephant numbers and contains the largest population on the continent outside Zimbabwe and Botswana.

Tanzania’s elephants are emerging from a critical period. According to government figures, the country lost 67,000 elephants between 2009 and 2014, or 60% of its pachyderms. Non-governmental organisations (NGOs) specialising in wildlife monitoring cited “industrial-scale poaching” as the main cause. To reverse the decline in wildlife, the government has entered into partnerships with several conservation NGOs, including the Wildlife Conservation Society (WCS).

Over the past eight years, the WCS has made the reduction of elephant poaching in the Katavi-Rukwa and Ruaha-Rungwa regions its main focus. In collaboration with wildlife authorities and local communities, the NGO is building the capacity of rangers, protection infrastructure, mobility within protected areas, communication and park monitoring. Many approaches have since been more widely adopted, including the deployment of rapid response teams and boats, as well as intelligent wildlife law enforcement monitoring.

In addition to elephants, the survey confirmed the status of 25 other key large mammal species. The most abundant species included 56,184 buffalo, 15,773 zebra, 13,427 hartebeest, 10,200 sable, 9,824 impala, 6,071 roan, 6,017 eland and 4,823 giraffe. However, an alarming decline in the population of Puku (an antelope species) has been recorded. This underlines the need to strengthen the conservation of this species on the shores of Lake Rukwa, located in southwestern Tanzania.