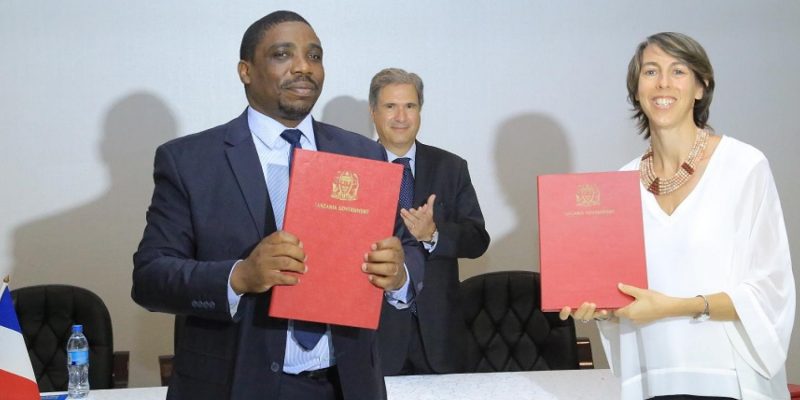 Three financing agreements have recently been signed between the French Development Agency (AFD) and the Government of Tanzania. The French financial institution is lending 230 million euros to improve access to electricity in rural areas and to support drinking water supply and sanitation services in the Lake Victoria region.

The agreements signed on June 29, 2020 between the French Development Agency (AFD) and the Tanzanian government concern three concessional loans for a total amount of 230 million euros. This financing is earmarked for the implementation of several electricity and water projects in Tanzania.

The first concessional loan of 100 million euros is for the national rural electrification programme. The funds will be used to finance the second phase of a project to electrify 90,000 households. AFD financing is also earmarked to finance the construction of several solar power plants with a cumulative capacity of 3 MWp in rural areas.

The programme financed by French Development Agency (AFD) is in line with the strategy of the Tanzanian Rural Energy Agency (REA), which is based on grid extension and off-grid projects. “In rural areas, the historically low rate of access to electricity has improved over the past 10 years. This is thanks to the National Rural Electrification Programme. Nearly a quarter of rural households are now connected to electricity, compared to 17% in 2017”, says AFD.

30 million loan for water and sanitation

The water and sanitation sectors also benefit from AFD’s financial support. 30 million in the form of a concessional loan. This financing will help extend water services in the country. The funds will also help to improve sanitation services in Mwanza, as well as localities located in the Lake Victoria watershed, particularly in the Usagara, Buhongwa, Kisesa, Buswelu and neighboring areas. The provision of adequate sanitation facilities in schools and public places in Mwanza is also on the agenda of the Tanzanian government. This project is a follow-up to the ongoing Lake Victoria water and sanitation project in Tanzania. This other project is financed by the Tanzanian government with loans from the French Development Agency (AFD), the European Investment Bank (EIB) and the European Union.