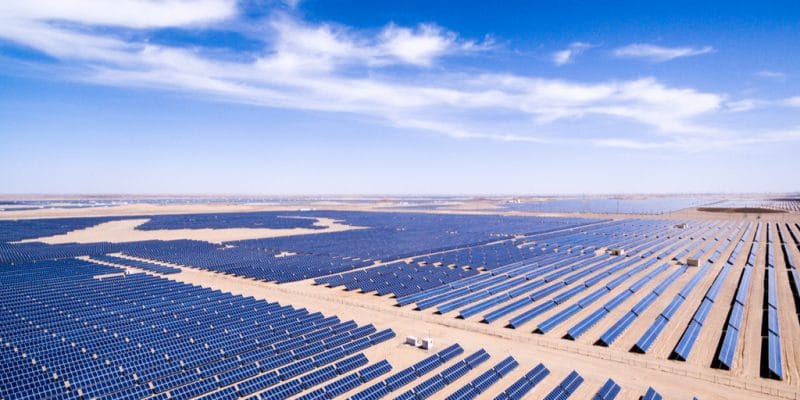 The Sudanese transitional government has just signed an agreement with the United Arab Emirates (UAE) to produce 500 MWp of electricity from several solar power plants. The parks will be built by independent power producers (IPPs) from the UAE.

The Sudanese transitional government is multiplying gestures both politically and diplomatically to open up the country to the world economy, after years of stagnation caused among other things by American sanctions imposed on the regime of former president Omar el-Bechir. Thus, the transitional authorities signed an agreement with the United Arab Emirates (UAE) for the development of the electricity sector in Sudan through the construction of several photovoltaic solar power plants.

The agreement of intent foresees the production of 500 MWp from solar energy, which the country, with its desert climate, has enormous potential. The installations will be developed by independent power producers (IPPs) from the Emirates. And the gulf country has them at its disposal. Most of them have numerous concessions on the African continent. This is the case of Amea Power which has won numerous contracts in Africa, notably south of the Sahara.

In Togo, for example, the company is currently building the Blitta photovoltaic solar power station which will have a capacity of 50 MWp. In Mali, the IPP is developing a 50 MWp solar project in Tiakadougou-Dialakoro, a small council of 7,000 inhabitants, located just a stone’s throw from the capital Bamako. The company is also developing clean energy projects in Uganda, Egypt and other countries.

The Emirati IPP Masdar could also be part of the Sudanese adventure. The company has great ambitions in renewable energy in Africa, culminating in the formation of a joint platform with the Egyptian company Infinity Energy. The aim of this alliance is to conquer market share in Africa. The two companies strengthened their rapprochement through the acquisition of assets from the German IPP ib vogt in a 64.1 MWp solar power plant in the Benban complex in Egypt. ib vogt developed this project with Infinity Energy.