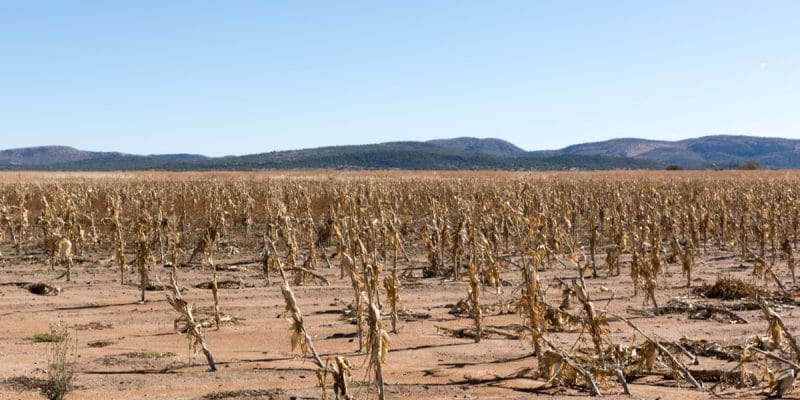 The Famine Early Warning Systems Network (Fews NET) reports severe food shortages due to drought in southern Africa. In 2020, maize production could thus be lower than the average of the last 5 years.

Southern Africa is in danger of going through a year of famine. In 2020, maize production (80% of the region’s cereal production) could remain well below the average of the last 5 years. These forecasts were published by the Famine Early Warning Systems Network (Fews NET), an organisation created in 1985 by the United States Agency for International Development (USAID) to help decision-makers plan humanitarian crises.

In its report for the period November 2019 to January 2020, the Fews NET indicates that this announced drop in maize production is mainly due to a relentless drought episode. “Rainfall from December to March is essential for crop development and below-average rainfall is expected to have negative impacts on water availability, production and forage. The most vulnerable countries are Angola, Botswana, Lesotho, Zambia and Zimbabwe.

The International Federation of Red Cross and Red Crescent Societies (IFRC) recalled in November 2019 that communities in southern Africa have been affected by drought since late 2018. Explaining that in large areas of southern and western Zambia, rainfall has been the lowest since 1981 (at least), the base year from which normal rainfall was measured, while the northern and eastern regions of the country have been affected by floods and excess water, also resulting in poor harvests.

It must be said that southern Africa is particularly affected by global warming. According to scientists at the Intergovernmental Panel on Climate Change (IPCC), temperatures are rising twice as fast in this region as in the rest of the world.

This finding supports the United Nations forecast that 45 million people in southern Africa will need food aid in the coming months.

SOUTH AFRICA: A new initiative to strengthen the protection of rhinos