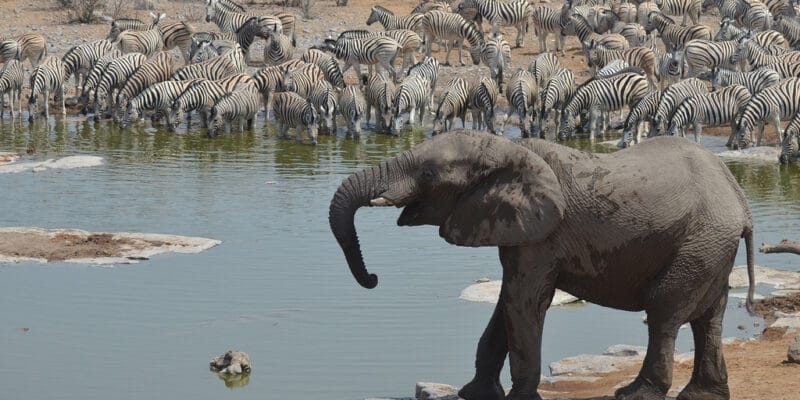 The French Development Agency (AFD) has joined forces with the Food and Agriculture Organization of the United Nations (FAO) to launch a project for the sustainable management of wildlife in the Kavango-Zambezi Transboundary Conservation Area (Kaza). The two partners are funding this project to the tune of €3.5 million.

In Southern Africa, the Kavango-Zambèze (Kaza) Transboundary Conservation Area is the focus of a project on sustainable wildlife management. Within the framework of this project recently launched by the Food and Agriculture Organization of the United Nations (FAO) and the French Development Agency (AFD), 3.5 million euros will be mobilized to eliminate the threats arising from the “unsustainable hunting” that takes place in certain places in this biodiversity conservation area covering parts of Angola, Botswana, Namibia, Zambia and Zimbabwe.

The AFD and FAO initiative will be implemented in partnership with the governments of Botswana and Namibia as part of the Sustainable Wildlife Management Program. The long-term objective is to reduce the closure and fragmentation of dwellings, which prevents animals from accessing the resources on which their survival depends. The project also aims to combat the poaching and killing of animals due to antagonism between human populations and wildlife. The issue of human-wildlife conflict is very pressing in southern Africa, particularly in the Okavango basin where water stress is gradually taking hold, causing the two sides to meet frequently.

“The project should benefit the wildlife and ecosystems of the transboundary conservation area, while strengthening the resilience of the local populations whose food and income depend at least in part on it,” explains Mette Wilkie, Director of the Forestry Division at the FAO. The project will also receive technical support from Wild Entrust Africa, as well as from the World Wide Fund for Nature (WWF), which will work in Namibia, in the Khaudum-Ngamiland Wildlife Dispersal Area (Botswana) and in the community conservation reserves in the Zambezi region and around Khaudum National Park (Namibia).

For Gilles Kleitz, Director of AFD’s Ecological Transition and Natural Resource Management Department in Namibia in 2018, conservation reserves have provided their beneficiaries with various benefits (income, salaries and benefits in kind such as meat) worth over 10 million dollars. Their overall economic contribution exceeded $62 million, enabling the creation of more than 5,300 jobs in activities or enterprises related to the conservation reserves.

The AFD and FAO project will contribute to the fight against poverty which causes environmental destruction and human-wildlife conflict in the Kavango-Zambezi Transboundary Conservation Area. This famous area of the five borders (Namibia, Botswana, Zimbabwe, Zambia and Angola) comprising most of the upper Zambezi River basin and the Okavango basin and delta, is home to a highly diversified wildlife. In this protected area, animals that know no borders move from one country to another according to the seasons. Moreover, 50% of African elephants are concentrated in the Kavango-Zambezi Transboundary Conservation Area.