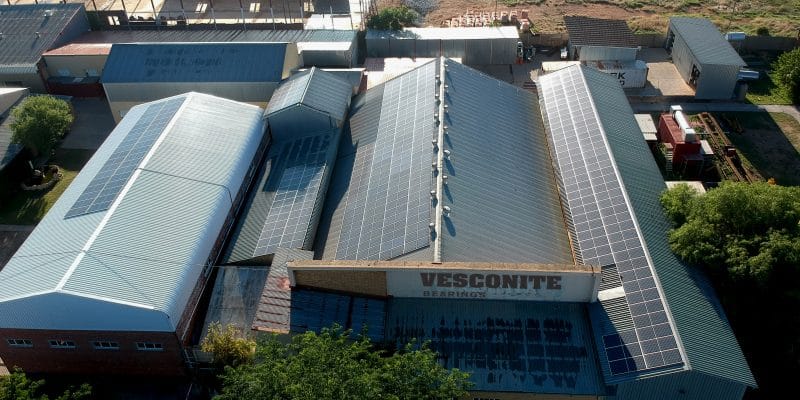 Vesconite Bearings, a producer of polymer bearing materials, has just installed a 60 kWp solar photovoltaic system in the extrusion unit of its factory in Virginia (Free State). The small roof-mounted, grid-connected power plant provides three-quarters of the electricity needed to run the extrusion unit.

The small rooftop solar photovoltaic (PV) plant at the Vesconite Bearings extrusion unit in Virginia, Virginia (Free State) consists of 14 rows of 18 Canadian solar panels, each 350 W. The solar panels have been installed on the roof of the Vesconite Bearings extrusion unit. These modules are connected to a 66-kW inverter supplied by the French company Schneider Electric. The entire system supplies 60 kW to the factory, which manufactures hollow rods and bars.

The new facility not only allows Vesconite Bearings to green a portion of its production, but more importantly, it saves on electricity bills. “Extruders tend to consume a lot of energy, as energy is needed for the barrel heaters that melt the polymers, the screws that propel the polymer material into the extruders and the digital control systems,” explains the company, which has set up its offices in Johannesburg.

Vesconite Bearings would also like to continue tapping Africa’s potential for solar energy. But this ambition is somewhat hampered by the impossibility of selling its surplus production to the Virginia power grid. For the time being, the municipality “does not allow energy producers to sell their surplus electricity back to it”.

This prevents the company from investing in electricity storage, which would allow it to operate its new photovoltaic solar system at full capacity.