Homepage » SOUTH AFRICA: The government has its plan to fight climate change

SOUTH AFRICA: The government has its plan to fight climate change 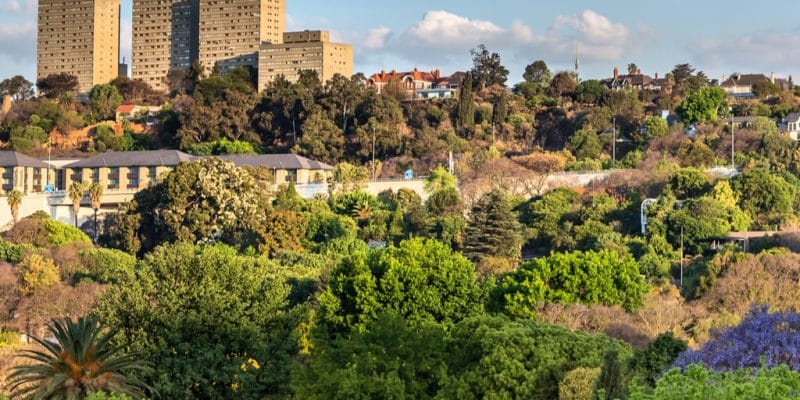 The climate change plan adopted by the South African government aims to meet the country’s international commitments and find adaptation solutions. As part of this new policy, several bills have been approved by the Council of Ministers, including the bill to establish the future Presidential Climate Change Coordination Commission (PCCCC).

The council will consist of 24 members and have a budget of 50 million South African rand, or more than 3 million dollars. The mission of the PCCC will be to advise and guide South Africa’s response to climate change to ensure that the policy objectives of building sustainable social, economic and environmental resilience and emergency response capacity are met.

According to the South African government, the future commission will also explore opportunities for new jobs and green industries that should be exploited, as well as climate resilience interventions that need to be scaled up in areas at risk.

The South African government meeting in the Council of Ministers also approved the country’s Low Emissions Development Strategies (LEDS). They will be implemented within the framework of the Global Partnership for Low-Emission Development Strategies (LEDS GP), which aims to advance low-emission development and support transitions to a low-carbon economy through coordination, information exchange and cooperation among countries and programmes that support sustainable economic growth.

The LEDS developed will then be deposited with the Secretariat of the United Nations Framework Convention on Climate Change (UNFCCC). “The deposit of the LEDS with the UNFCCC will help communicate South Africa’s needs and priorities, so that developed countries that wish to support implementation efforts through finance, technology or capacity building can be assured that South Africa has a plan to reduce its emissions,” says the South African government. The Rainbow Nation’s LEDS affect the energy, industry (including agriculture), forestry, land use and waste sectors.

South Africa’s new climate plan addresses waste management through the adoption of the National Waste Management Strategy (NWMS) 2020. The South African government wants to reduce the amount of waste going to landfill by 40% through incentives for reuse, recycling and alternative waste treatment such as energy recovery or composting.

NWMS 2020 replaces the 2011 National Waste Management Strategy. The other difference with the recent strategy will be the enhancement of “the role of waste pickers and the informal sector in the circular economy; promoting the design of packaging products that reduce waste or encourage reuse, repair and preparation for recycling; and supporting markets for source-separated recyclables,” explains the South African Department of Environment, Forestry and Fisheries.

The new strategy will promote waste separation at source (within households) to facilitate treatment. “The strategy also requires a commitment with the National Treasury on operational expenditure for municipalities associated with the implementation of the Waste Management Act,” explains the South African government.