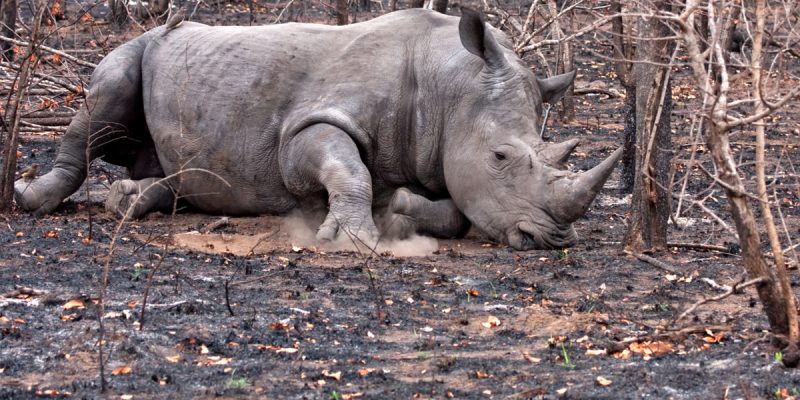 Poaching of South African rhinos has dropped by 50% in the first half of 2020. The scale of this phenomenon has been declining since 2017, but the situation remains critical. Close to 600 rhinos were killed for their horns in South Africa in 2019.

The number of rhinos killed for their horns in South Africa is steadily decreasing. According to figures from the South African Department of the Environment, 1,028 rhinos were killed in 2017. In 2018 this number rose to 769, and then to almost 600 in 2019. And for the year 2020, the figures could fall even further.

The South African Department of the Environment reported in a statement issued on July 31, 2020 that the number of rhinos killed by poachers fell by half in the first half of 2020. “In the first six months of 2020, 166 rhinos were killed, compared to 316 in the same period in 2019. These figures show us a drop of about 50%. We have been able to stop the escalation,” says Barbara Creecy, South Africa’s Environment Minister. This is another drop in rhino poaching in South Africa, which is mainly linked to the containment caused by the Covid-19 pandemic.

Biology comes to the rescue of rhinos through “in vitro fertilisation”.

Despite its relative decline, rhino poaching remains alarming in South Africa. The South African Customs Service seized dozens of rhino horns worth 6 million euros on July 13, 2020 at Johannesburg International Airport destined for Asia. Rhino horns, which are mainly made of keratin, are in high demand in Asia, particularly in China and Vietnam, where they are considered an aphrodisiac and used in traditional medicine. These horns are harvested from pachyderms in Africa and are sold on the black market for between 50,000 and 70,000 euros per kilogram.

To bring back to life one of the subspecies of rhino (northern white rhino), which has been virtually wiped from the earth due to poaching, the Intergovernmental Platform on Biodiversity and Ecosystem Services (IPBES), based in Bonn, Germany, is conducting a promising experiment. Semen from two dead northern white male rhinos was preserved and frozen before being combined with 12 eggs collected from Fatu and Najin, two northern white female rhinos living at the Ol Pejeta Conservatory in Kenya. The viable embryos obtained from this in vitro fertilization will be implanted into the northern white rhino’s cousin, the southern white rhino. However, due to COVID-19, plans for implantation have been suspended.

According to Ol Pejeta Conversancy, the results of this experiment could potentially be revolutionary in the growth of the rhino population in the coming years.