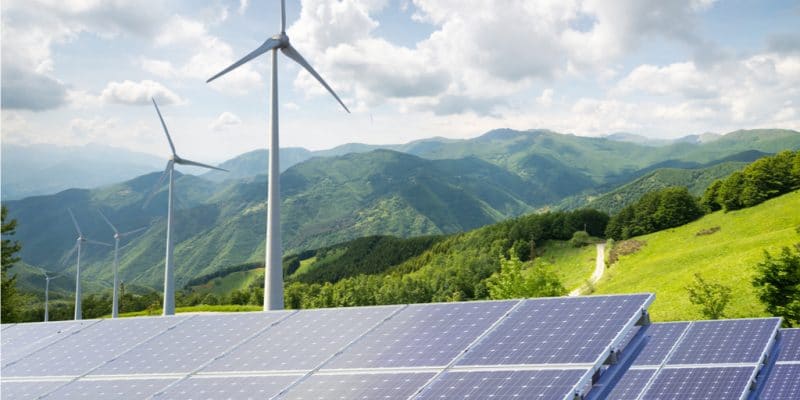 The South African authorities' decision to launch a new call for tenders for contracts with private renewable energy producers sounds like a reversal in the country's energy policy.

A few months ago, the South African government led by Jacob Zuma froze many of the solar and wind power projects, favouring nuclear and coal. The new government led by Cyril Ramaphosa announced the launch of a contract call that should allow several private operators to produce green energy to support the growth of the rainbow nation, on the 1st of June 2018.

Starting in November, several projects will be selected. Those selected will receive support from the government, which pledges to finance them to the tune of 50 billion rand, or 3.95 billion dollars. A decision, which comes after the validation in March 2018 of some 27 contracts for the construction of renewable energy plants, initiated and then buried under the Zuma government, with a cumulative value estimated at 4.7 billion dollars, for an estimated capacity of 2,300 MW.

The government in power since February 2018 in South Africa announced, through its Energy Minister Jeff Radebe, that it would intensify the use of liquefied gas for electricity generation. To this end, it plans to import this energy source from Tanzania and Mozambique, which have large gas reserves.

With this choice, South Africa wants to reduce its dependence on fossil fuels with higher CO2 emissions, which contribute to more than 88% of its electricity production. Coal remains the most used energy source (87% in 2015), followed by renewable energies (8%) produced mainly from biomass and nuclear energy (1.9%). This dependence on coal is not surprising since South Africa is one of the largest producers of this fuel in the world.

The country of Nelson Mandela produces over 257 million tons of coal per year, propelling it to 7th place in the world. And it still has very large reserves, estimated at over 9.5 billion tons. A quantity of coal that can allow the country to run its reactors for another 39 years, if it maintains its 2016 level (142.6 million tons according to official statistics). This call for tenders for private clean energy producers is a first step to reduce the use of coal, which also emits fine particles into the atmosphere.