Homepage » SOUTH AFRICA: not far from Pretoria, Mooikloof will be built as a green city

SOUTH AFRICA: not far from Pretoria, Mooikloof will be built as a green city 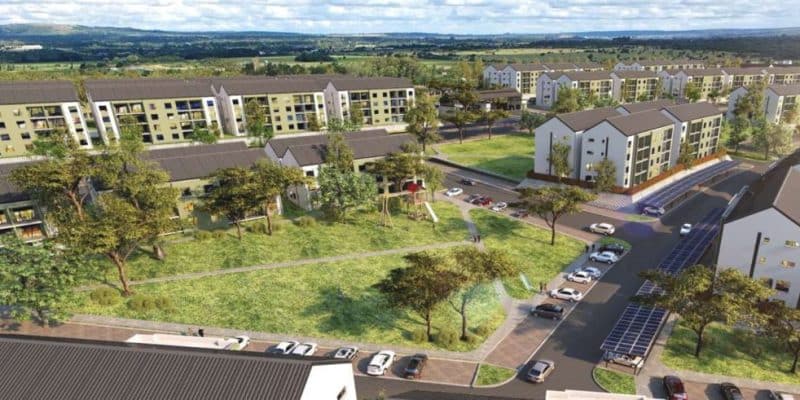 In South Africa, the Gauteng provincial government is implementing the "Mooikloof Mega City" project, which aims to transform the city of Mooikloof, located east of Pretoria, into a green city by 2030. The initiative will contribute to the implementation of the United Nations Sustainable Development Goals (SDGs) in the southern African country.

“Mooikloof Mega City. This is the new green city that will be built in seven years in South Africa. At a total cost of 4.9 billion dollars (84 billion South African rands), the project launched by the Gauteng provincial government aims to digitally transform Mooikloof. This suburb of the city of Pretoria is populated by about 1 600 people and is increasingly confronted with environmental problems such as access to water, rubbish accumulation and air pollution.

In this context, the “Mooikloof Mega City” initiative will allow the development of artificial intelligence (AI), the promotion of energy efficiency, the collection of wastewater as well as the creation of green spaces in order to improve the living conditions of the local population. In concrete terms, the project will allow the construction of 50,000 sustainable flats made from local materials and powered by solar energy in order to cope with the power shortages experienced by the rainbow nation during the current energy crisis. The eco-friendly homes will be sold for 600,000 South African rand (more than $35,000) to local residents, who will receive a purchase subsidy of about 4% from the South African government.

In addition, the work by South African developer Balwin Properties also involves the construction of 546 units including schools, retail and office space. “These are environmentally friendly lifestyles where you can be part of a low-carbon community,” says the Johannesburg-based company, headed by Steve Brookes. The buildings will be equipped with permanent internet access through a Wi-Fi system to facilitate users’ access to basic services, including online shopping, remote traffic management, etc.

Read also-SOUTH AFRICA: In Kouga, authorities accelerate the ambition of a smart city