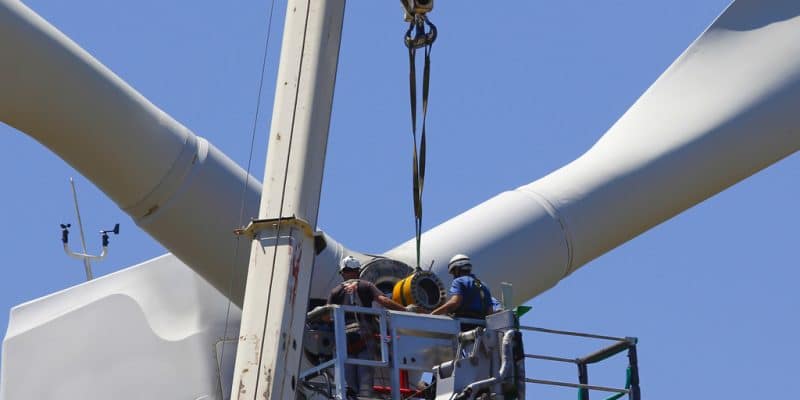 Two private wind energy producers have chosen Nordex for their projects in South Africa. The German company is expected to supply a total of 80 turbines with a combined capacity of 252 MW.

Nordex, a German company specialising in wind turbine production, announced that it has been selected by two private power producers, both of which own projects in the North Cape Province.

On the one hand, it is Garob’s project, developed by Enel Green Power, an Italian company specialising in renewable energies. The wind farm to be installed on it will provide more than 144 MW of electricity. The agreement with Nordex stipulates that the Germans will install 46 AW125/3150 turbines. The company, based in Hamburg (northern Germany), will also maintain the equipment.

The other project concerns the Spanish company Elawan, which is installing a wind farm with a production capacity of more than 107 MW in Copperton. Here, Nordex will supply 36 AW125/3150 turbines, and will be responsible for installing them on concrete towers to be manufactured locally in South Africa. In all, the company will have marketed 80 turbines, representing a production capacity of 252 MW.

“South Africa is an important market for us, which is why we are delighted to execute these two orders. In 2018, we built up a turbine order book for a total of about 400 MW,” said Patxi Landa, Nordex’s sales manager. For this last order, the turbines will come from a factory located in Brazil. Elawan plans to start work before the end of 2018, for a total duration of two years. Enel, for its part, had long planned the beginning of constructions in 2019, for delivery in 2021.

These two projects are being launched as part of the South African Government’s Renewable Energy Supply to Independent Producers (REIPPP) programme. The objective is to encourage independent renewable energy producers to invest in South Africa. According to Windpower Intelligence, Nordex has already supplied more than 560 MW to South Africa for five different projects.

The latest is from Eskom, the company responsible for electricity distribution in South Africa. Concluded on April 24, 2018, the agreement provides that Nordex will provide Eskom with 47 AW125/3150 and AW125/3000 turbines with a combined capacity of approximately 147 MW and a high load factor of over 47%. The company, which employs 5,000 people worldwide, will also be responsible for the maintenance of the wind farm, which will be located in Laingsburg (Western Cape), over a period of 15 years. Work will start in 2019.