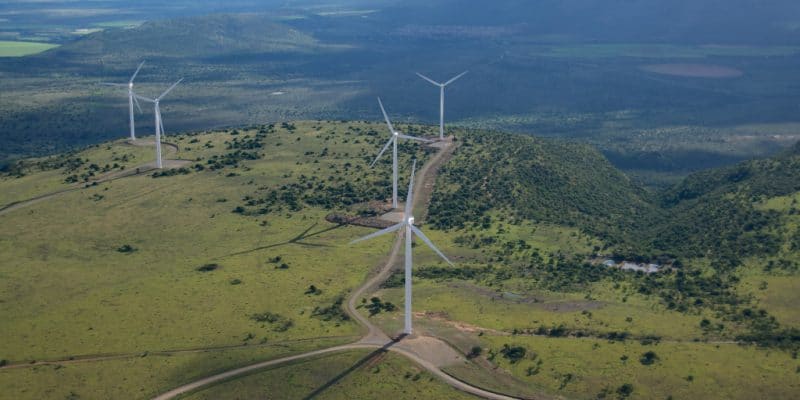 EDF Renewables, the subsidiary of the Électricité de France (EDF) group, has been awarded the construction of three wind farms of 140 MW each in South Africa. The French company is developing these clean energy projects under the Renewable Energy Independent Power Producer Procurement (REIPPP).

In line with the South African government’s requirements, EDF Renewables is developing its three wind projects in consortium with local investors, H1 holdings and Gibb-Crede. As part of the 5th tender of the Renewable Energy Independent Power Producer Procurement (REIPPP), the subsidiary of the giant Électricité de France (EDF) has been shortlisted for the construction of three wind farms.

The Coleskop, San Kraal and Phezukomoya projects will be located in the Northern and Eastern Cape provinces. The future installations will make a total of 420MW. “This success is the result of the intense efforts of EDF Renewables’ local team, which has been operating in the country for 13 years. These projects can be launched within a short timeframe and meet South Africa’s objectives for the development of low-carbon energy. They will also help to strengthen the reliability of the electricity grid,” says Tristan de Drouas, EDF Renewable’s Director in South Africa.

Financing to be completed by spring 2022

Read also- Africa bets on renewable energies for its electrification

The construction phase of the installations should last 2 years. The wind farms will be connected to South Africa’s national electricity grid under a power purchase agreement (PPA) with the state-owned company Eskom. EDF Renewables estimates that these facilities will be able to provide electricity for 420 South Africans. The company sees these projects as part of the EDF Group’s CAP 2030 strategy to double its net renewable energy capacity from 28 to 60 GW between 2015 and 2030.

And the group is multiplying its investments in the most dynamic energy markets on the African continent, particularly in the Rainbow Nation. EDF Renewables, which is headquartered in Cape Town, has already successfully implemented several clean energy projects in Nelson Mandela’s country. The company operates four wind farms with a combined capacity of 144 MW.