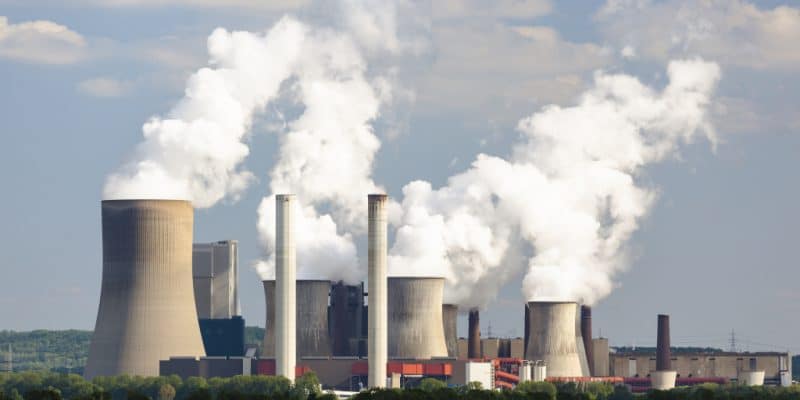 In South Africa, Eskom has announced the closure of several of its coal-fired power stations in the coming months and years. The state-owned company wants to rely on the renewable energies that have been massively produced in the country in recent years.

Eskom is not definitively turning its back on fossil fuels. But the South African state-owned company intends to close several of its coal-fired power stations operating in the country. The objective for the current decade is to reduce its coal-fired power generation capacity from 8 000 to 12 000 MW. This represents 30% of its current installed capacity. The company, led by businessman Andre Marinus de Ruyter, has an installed capacity of 42,000 MW.

Most of this electricity is generated from coal-fired power stations operating in several provinces in South Africa. Eskom’s ambition is fuelled by the global decarbonisation movement, as global warming accelerates due to polluting infrastructure such as coal-fired power stations. South Africa’s largest electricity producer is also considered the biggest polluter on the African continent.

To achieve its plan, Eskom will have to shut down several ageing power stations. The state-owned company is first targeting the Komati power station. The plant, built in the 1970s, has a 300-metre chimney that is considered the tallest structure in South Africa. After a period of shutdown, the plant, which has a capacity of 1 000 MWe, was recommissioned in the early 2000s. The plant will be completely closed by October 2021.

Eskom plans to replace the coal with solar PV, with a plant equipped with a 244 MWh battery storage system. Before 2025, three other coal-fired power plants will close permanently. These are Grootvlei (1 200 MWe), Hendrina (2 000 MWe) and Camden (1 561 MWe), all in Mpumalanga province. Eskom is expected to get rid of most of its coal-fired power stations by 2050, with a $10 billion investment in renewable energy.