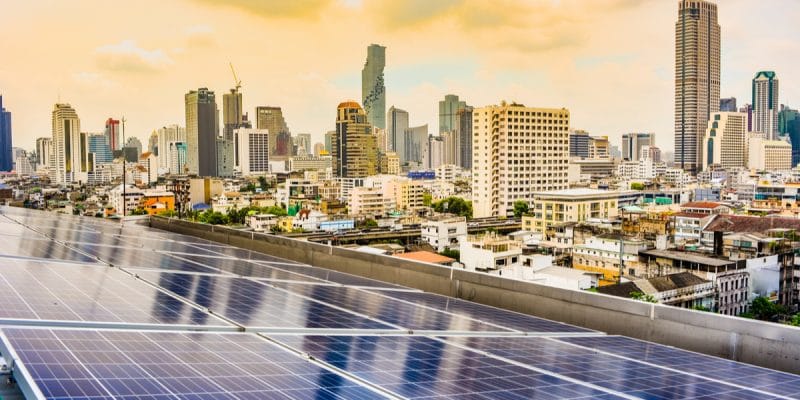 The South African Department of Energy has just allowed the big cities of the rainbow nation to buy their electricity directly from Independent Power Producers (IPPs) from renewable energy sources. This is an important decision that will not only revolutionise the use of renewable energy in South Africa, but will also enable the big cities to reduce their dependence on the state-owned company Eskom.

A green energy revolution is being unleashed in South Africa’s major cities such as Johannesburg in the north-east and Cape Town, located on the south-west coast of South Africa. The Department of Energy decided this October 2020 to grant permission to major cities to source electricity directly from independent power producers (IPPs) of renewable origin.

This long-awaited possibility was the subject of a complaint filed in February 2019 by the city of Cape Town against the Ministry of Energy. “The city is fighting for its right to buy clean energy directly from IPP. We are doing everything in our power to move away from our dependence on Eskom to meet our energy needs. At the same time, we are trying to be more climate resilient and greener by using clean energy sources and gas,” said Phindile Maxiti, Cape Town’s Director of Energy and Climate.

The country produces as much CO2 as the United Kingdom, whose economy is 8 times larger.

Permission from the Department of Energy thus allows South Africa’s major cities to gradually wean themselves off the electricity utility provided by Eskom, which has subjected them to untimely load shedding over the past 13 years. In addition to energy independence, this measure also enables South Africa’s major cities to participate in climate action by reducing their reliance on coal, which provides more than 90% of the energy distributed by Eskom. Eskom is the country’s biggest polluter, accounting for around 40% of greenhouse gas emissions. Its fleet of coal-fired power stations pushes the country to produce the same amount of greenhouse gases as the UK, whose economy is eight times larger.

Now that direct supply from renewable PPIs is allowed, Johannesburg, the country’s largest city and financial centre, is considering sourcing electricity from solar power plants and landfills, where gas from decaying rubbish can be used to generate electricity. The city of Cape Town is planning to build a 300-megawatt photovoltaic solar power plant by 2023. “If all the clarity is achieved and the plans move forward, we could start to see greater diversification of our energy resources as a city in about three to five years,” says Kadri Nassiep, Cape Town’s executive director for energy and climate change.