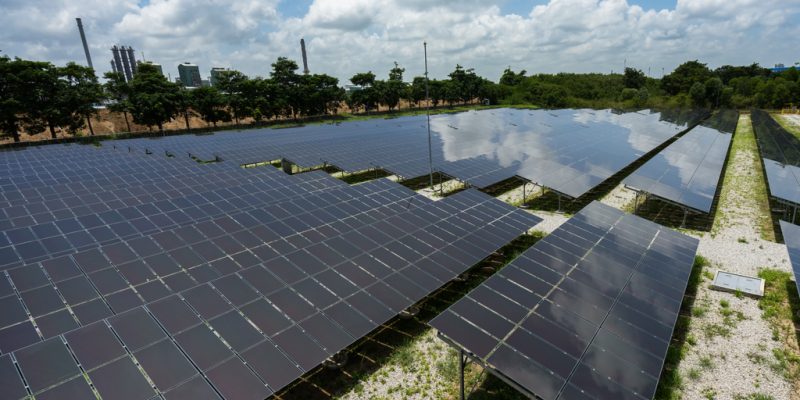 A photovoltaic solar power plant is now operational in Mogadishu, the capital of Somalia. The plant was recently commissioned by Beco, Somalia’s main electricity supplier. Originally, the aim of such a project was not so much to reduce the CO2 emissions of the many diesel-powered generators – a kind of collateral benefit – but to reduce the costs involved in importing fossil fuels for electricity production.

The Mogadishu solar photovoltaic power plant has a capacity of 8 MWp. The Beco company has the ambition to increase the plant’s capacity to 100 MWp, with an investment of 40 million dollars. Pending the expansion of the solar power plant by 2022, the utility will continue to rely on its power generators to supply the Somali capital.

The need to invest in battery storage

“Unless we have batteries to store electricity, we can’t stop using fossil fuels, and the cost per kilowatt-hour when we get to 100 MWp will still depend on batteries,” says Beco’s chief engineer Mohamud Farah. The impact of the solar power plant is already being felt, however, especially on the cost per kWh of electricity, which has risen from $0.49 to $0.36, given that the plant provides electricity four hours a day.

The solar plant also increases the installed capacity of the capital Mogadishu. Beco’s facilities provide a total of 35 MW, compared to an estimated demand of 200 MW. Somalia does not have a national electricity grid. It collapsed along with the government at the start of the civil war in 1991. With the timid return of peace to the country, electricity supply is provided by private companies.

Beco provides electricity in the cities of Mogadishu, Balad, Jowhar, Afgooye, Elasha, Kismayu, Barawe and Marka. According to the U.S. Agency for International Development (USAID), Somalia has an installed capacity of about 106 MW, and most power companies to date rely on diesel generators for electricity generation.

A recent study by the African Development Bank (AfDB) estimates that Somalia has the highest renewable resource potential of all African nations, particularly in terms of onshore wind power, and that it could produce between 30,000 and 45,000 MW. Solar energy could potentially generate a surplus of 2,000 kWh/m2. According to the World Bank’s 2018 report, more than 64% of the population has no access to electricity.