Homepage » SIERRA LEONE: $50m from the IDA for access to electricity via solar off-grid

SIERRA LEONE: $50m from the IDA for access to electricity via solar off-grid 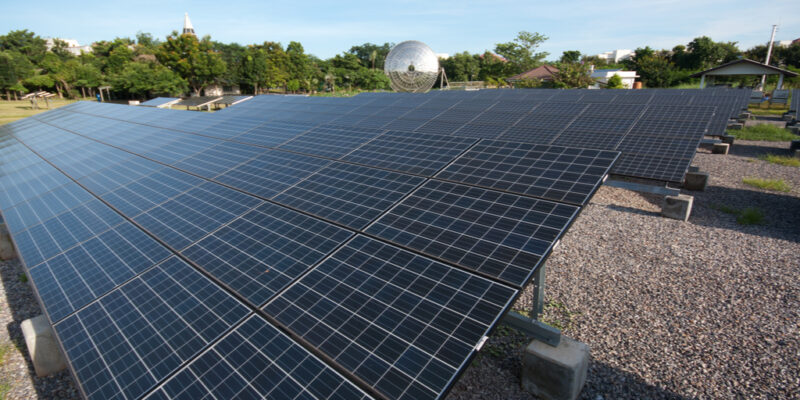 The World Bank has approved a $50 million grant from the International Development Association (IDA) for the implementation of a project to increase access to electricity in Sierra Leone. It is co-financed by the Japan Policy and Human Resource Development (PHRD) Fund.

The $50 million grant from the World Bank will enable the government of Sierra Leone to begin implementation of its Electricity Access Improvement Project. The funds will be allocated through the International Development Association (IDA), one of the three World Bank subsidiaries.

The overall objective is to improve access to electricity in Sierra Leone’s cities and peri-urban areas. In its 2018 report, the World Bank states that 74% of Sierra Leoneans do not have access to electricity. A situation that hampers the economic development of this West African country, which has been affected by the Covid19 pandemic. This is why the World Bank believes that its financing will also contribute to Sierra Leone’s economic recovery.

The extension of the national electricity grid in the cities

The Sierra Leone Electricity Access Improvement Project is also receiving a grant of US$2.7 million from the Japan Policy and Human Resource Development (PHRD) Fund. The first component of this project concerns cities in Sierra Leone where the authorities will extend the national electricity grid through the construction of new distribution lines in cities such as Kabala, Kailahun and the capital Freetown.

The project will provide “electricity to households, businesses, clinics and schools, which is an essential part of the recovery process. It also supports the replacement of expensive fuel-powered plants with low-cost electricity, which would free up limited fiscal resources for other pressing socio-economic needs,” the World Bank says.

Part of the funding allocated by the World Bank and PHRD ($12.7 million) is for electrification via off-grid solar systems. This solution is suitable for remote areas where the extension of the national electricity grid would be less cost-effective due to the dispersion of dwellings. “This component will directly support the provision of solar-generated electricity to health care facilities and schools, as the electricity supply to these public institutions will have to be provided by public funds,” says the World Bank.

The two project partners plan to allocate $6 million to build an off-grid solar power plant with a storage system in the city of Moyamba. According to the studies carried out by the donors, a 600 kWp solar power plant with a storage capacity of 1,800 kWh will be needed in the city of Moyamba. Mini-solar grids will also be built in several communities depending on the size of the population and the industrial and commercial profiles.