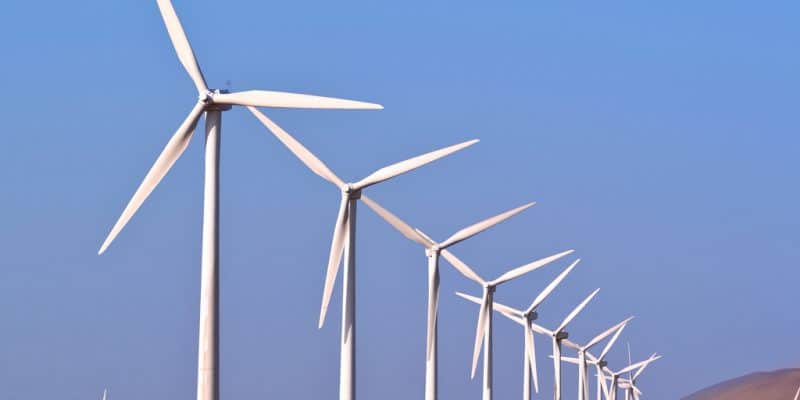 The Taïbe Ndiaye wind power plant is now in operation. The 50 MW power plant is already supplying the Senegalese population with electricity. It has recently been connected to the Senelec distribution network. With a total capacity of 158 MW, the wind farm will supply electricity to 2 million people by June 2020, the date on which the work is due to be completed. Its construction is being carried out by Lekala Power at a cost of 340 million euros.

After ten months of intense work, Senegal’s very first wind power plant has now been connected to the electricity distribution network. The Taïba Ndiaye wind farm, located 100 kilometres north of Dakar, consists of 16 wind turbines and 117-metre high turbines. On the ground, workers are still busy installing the last of them. According to the forecasts of the project managers, this power station will have 46 wind turbines by June 2020, chosen from among the largest in the world and culminating at about 180 metres.

This increase will raise the generating capacity of the park from the current 50 MW to 158 MW, according to Yassine Majdallah, the plant’s director. The park will thus make it possible to supply 150,000 households with electricity and will increase the share of renewable energy in the energy mix of the country of the Teranga lions by at least 15%. Without delay, the substation that will have to carry the power plant’s output has already been commissioned.

The Taïba Ndiaye power plant will account for more than half of Senegal’s renewable energy and avoid the emission of 300,000 tonnes of CO² per year. It was built as part of the “Emerging Senegal” plan, set up by President Macky Sall, one of the main aspects of which is to diversify the country’s energy mix.

It is hoped that the commissioning of this plant will help reduce electricity costs, which have soared in recent months in Senegal. Lekela Power, the company in charge of the construction of this park, is 60% owned by Actis and 40% by a consortium led by Mainstream Renewable Power, an Irish operator. Leleka Power had committed to inject EUR 70 million in the development of this plant. 215 million and the Danish Export Credit Agency (EKF) has contributed