Homepage » SENEGAL: Startup puts technology at the service of agro-ecology

SENEGAL: Startup puts technology at the service of agro-ecology 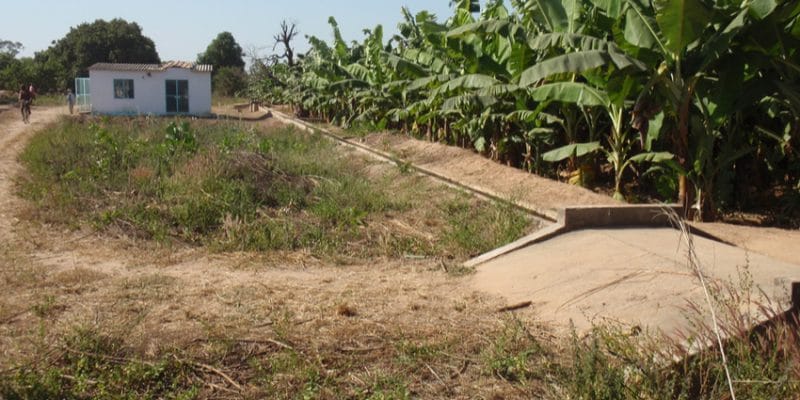 The Senegalese startup Nano Air provides rural farmers with a device called a Widim pump (WP). It is a SMS-controlled box that allows to manage an irrigation system remotely. The scheme allows farmers to make substantial savings, including a reduction in energy and water consumption.

The Widim pump was once again highlighted at the first Digital Agriculture Meeting in West Africa (Agrinuma), which was held from April 28 to 30, 2019 in Dakar, Senegal. “No need for the farmer to walk several kilometres, to buy fuel every day to reach his fields or to hire a fireman: he can now control the start and stop of watering with his mobile phone,” explained Oumar Basse, a 27-year-old Senegalese computer engineer and co-founder and director of Nano Air.

It’s about tele-irrigation. Thus, for a farmer located 5 kilometres from his farm, Widim pump allows him via an SMS, to activate or stop his irrigation system, to receive data about the state of the plants and soil (humidity and PH). According to Nano Air’s estimates, a farmer could save an average of 18 litres of fuel per month, or 21.27 euros (€). It would also save an average of 30 m3 of water and 30 megawatts of electricity per month.

The Widim pump is making headway in Africa

The Widim pump is designed and distributed by a team of young Senegalese computer scientists based in Gueule-Tapée, a district of Dakar. The startup, created two years ago, now has 12 employees.

To facilitate the acquisition of its product, the startup allows farmers to buy it at a price of €305, or 200,000 CFA francs, payable in four instalments. The payment also takes into account maintenance costs.

After the success of this system in Senegal, where more than 250 boxes have already been sold, Nano Air’s managers want to conquer the rest of the African market. This is an ambition that is well on the way to being achieved for our young entrepreneurs, since orders are already waiting to be delivered in Morocco and Zambia.