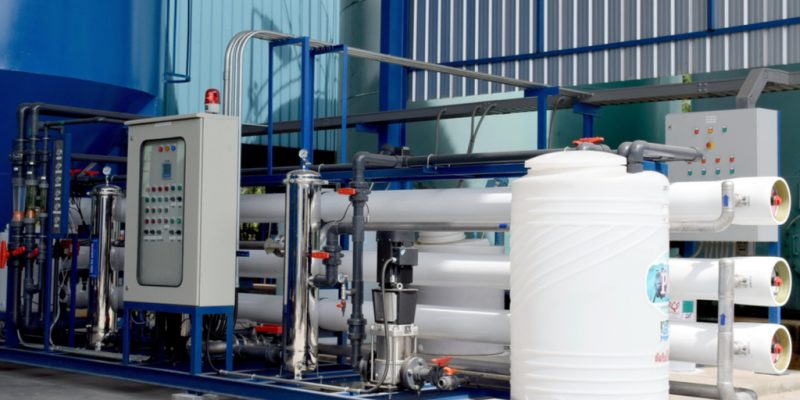 Officials of the national water company of Senegal (SONES) recently gave an update on the project to set up a groundwater desalination plant at Foundiougne in Sine-Saloum. It was during an inspection visit by the local authorities. The installation will ensure the city's drinking water needs until 2035.

A desalination plant will soon be operational in the town of Foundiougne in southwest Senegal. The local authorities recently visited this site in Sine-Saloum. Yoro Diassy, the project manager for the construction of the desalination unit and engineer at the national water company of Senegal (SONES) indicates that the installation should be delivered within “a few months”.

“As far as the engineering works are concerned, everything is finished. The installation of the equipment is also completed, and the connections have been made. Today we are working on the electrical installations, and we are in the final stages of adjustment,” says the project manager, Yoro Diassy. The plant will pump the groundwater and treat it using the reverse osmosis process.

The facility will have a 1,700 cubic metre per daily capacity and will strengthen the drinking water supply to the city of Foundiougne. The SONES presently evaluates the needs of the town of more than 7,000 inhabitants at 700 cubic metres per day. The public company also indicates that the new station should cover the needs of the inhabitants of the town of Foundiougne at least until 2035.

An investment of about 20 million euros

The construction of the Foundiougne desalination plant will require an investment of 13 billion CFA francs, about 20 million euros. “Until then, there were only transitional solutions for supplying water to the city’s population, which have shown their limits with the advancing salinity of the water table,” explains engineer Yoro Diassy. After it is commissioned, the operation of the desalination plant will be entrusted to Sen’eau, the new company operating and distributing drinking water in Senegal’s urban and peri-urban areas.

In addition to the new desalination plant, all the populations of the Foundiougne department should benefit from Phase 2 of the drinking water supply project for the populations of the Fatick, Thiès and Kaolack (Koïca2) regions. The project, financed by South Korea, will involve nine boreholes, nine water towers, 170 km of water supply network, nine pumps, nine generators, nine caretaker’s lodgings and nine pumping cabins. Eventually, Koïca2 will benefit 42,000 people.