Homepage » SENEGAL: Part of Taïba Ndiaye wind farm to be commissioned in December 2019

SENEGAL: Part of Taïba Ndiaye wind farm to be commissioned in December 2019 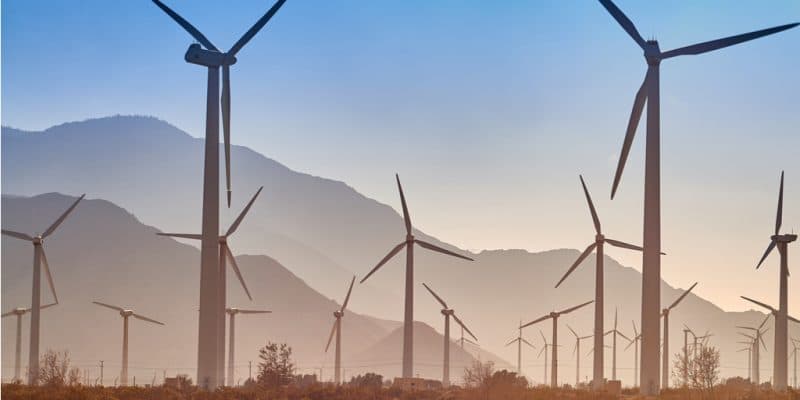 The Taïba Ndiaye wind farm is expected to be connected to the national electricity grid during the second week of December 2019. This connection will allow the surrounding populations to benefit from the first 50 MW that will be produced from this plant. Construction work began in January 2019 and its total capacity is 158 MW.

The countdown is on… The Senegalese people are eager to enjoy the first megawatts from the Taïba Ndiaye wind farm. In December 2019, it will provide the first 50 MW to be fed directly into the national electricity grid. According to the general manager of Lekela Senegal, Massaer Cissé (quoted in 24 news magazine), “Fifty megawatts will be injected into the grid of Senelec, the national company, thanks to 16 wind turbines during the first phase”. (Lekela is the British company that is implementing this project, editor’s note.) Ten months after the start of construction work on this building, the engineers stated that they had already installed nearly half of the turbines required for the total installation of this plant.

The work is scheduled to be completed in April 2020. On that date, the plant will have a total capacity of 158 MW and a total of 46 turbines with a 180-metre height. The final scheme will connect 150,000 Senegalese households to the national electricity system. Once completed, the project will increase the share of renewable energy in the West African country’s energy mix by 15%. Currently, this is estimated at nearly 10% of the total bouquet.

The Taïba Ndiaye power plant is the first industrial-scale wind energy project to be built on Senegalese soil. Its construction is part of the Emerging Senegal Plan (ESP) implemented by President Macky Sall to make Senegal an emerging country by 2025. This projection includes a significant part of access to electrical energy. The total cost of this park, which covers some 40 hectares, is estimated at 340 million euros. After the Taïba Ndiaye power plant, two other power plants will be installed in the Thiès region (70 km east of Dakar). In Senegal, the rate of access to electricity is estimated at nearly 60%.