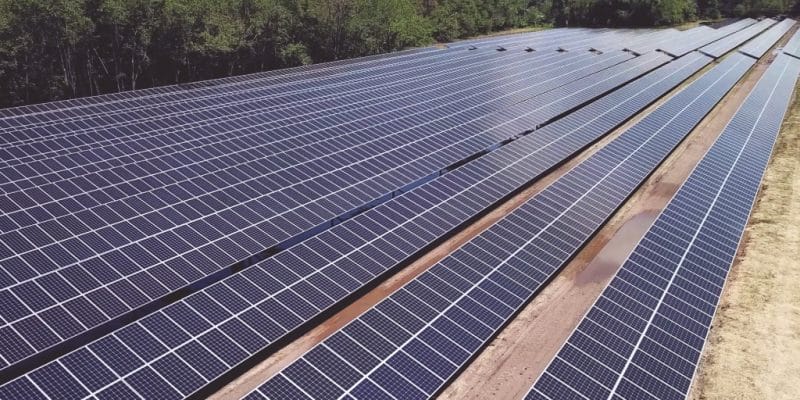 The Green Climate Fund (GCF) has approved an investment of $150 million for the "Desert to Power" initiative led by the African Development Bank (AfDB). The funding will mainly benefit the G5 Sahel countries.

This is undoubtedly one of the most important financing packages released for the implementation of the “Desert to Power” initiative. The African Development Bank (AfDB), which is at the origin of this program to develop the solar potential of the Sahel, is receiving an investment of 150 million dollars from the Green Climate Fund (GCF). The funding will go to the “Desert to Power G5 Sahel” facility.

As part of the AfDB’s initiative, the facility aims to support the G5 Sahel countries (Burkina Faso, Chad, Mali, Mauritania and Niger) in adopting low-emission power generation by tapping into the region’s abundant solar potential. Desert to Power G5 is expected to mobilize $966 million over its seven-year implementation period. According to the AfDB, the initiative will reduce emissions by 14.4 million tons of CO2 equivalent.

Several components for the effectiveness of the mechanism

“Desert to Power G5 Sahel is an important boost to the Desert to Power initiative. It will stimulate private sector investment in the development of solar generation capacity in the G5 Sahel countries. This will help realize the AfDB’s vision that the Desert to Power Initiative is an integral part of the solution to combat climate change in the Sahel. The timing of the approval is also perfect, just before COP26,” said Kevin Kariuki, AfDB Vice President.

The Desert to Power G5 Sahel Facility is built around three components, the first of which focuses on investments in the electricity grid and in storage solutions to reduce the risks associated with solar power plants built by independent power producers (IPPs). The second component of the facility will provide concessional financing and guarantees for new private power plants to increase solar power generation capacity by more than 500 MW.

The AfDB has set up a third component to provide technical assistance to support “the creation of a clear and predictable environment for private sector solar investments and the development of adequate capacity of national institutions in the G5 Sahel countries. For its part, the GCF believes its funding will encourage further investment, including private sector investment in the Desert to Power initiative. The AfDB is targeting 10 GW of generation capacity through public, private, on-grid and off-grid projects by 2030.