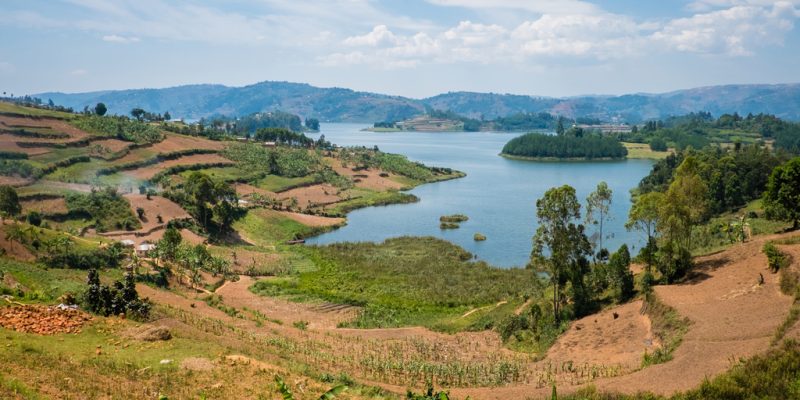 The Rwandan Environmental Management Authority (REMA) in partnership with the Rwandan police and the Rwanda Bureau of Investigation has recently sealed four farms in the west of the country. These Rwandan plantations are being singled out for violating regulations on the preservation of the biodiversity of Lake Kivu, located on the border with the Democratic Republic of Congo (DRC).

The heavy-handed operation was carried out on August 3, 2020 by the Rwandan Environmental Management Authority (REMA), the Rwandan police and the Rwanda investigation office. At the end of the intervention, the Rwandan authorities placed four farms under seal, after finding that they were 50 m away from the buffer zone of Lake Kivu, one of the largest lakes in Africa, located on the border between the Democratic Republic of Congo (DRC) and Rwanda. However, according to the Rwandan law on the protection of water bodies, human activities must be carried out within 50 m of the shores of Lake Kivu in order to preserve its biodiversity.

The farms sealed by Rema and its partners are located in the districts bordering Lake Kivu, including Rubavu, Rusizi, Nyamasheke, Karongi and Rutsiro. In addition to non-compliance with the regulatory distance, investigators discovered illegal practices there that could damage the water’s biodiversity, leading to a decrease in the reproduction of the lake’s fish species. Among these activities was the use of fertilizers and pesticides near the lake.

According to the Rwandan Office of Agriculture (RAB), Lake Kivu is a treasure trove of biodiversity. In 2018, the lake provided 18,879 tons of fish, or 70% of Rwanda’s production. “If the lake is well maintained, it could provide up to 112,000 tonnes of fish by 2024 and thus reduce imports of this food product. The country imports more than 15,000 tonnes of fish per year,” says the RAB.

Such operations are common in Rwanda. Apart from Lake Kivu, Rwandan authorities are constantly ensuring that the law on biodiversity is respected at the level of lakes Muhazi, Mugesera, Burera and Ruhondo. In case of transgression of the regulations, offenders can pay fines ranging from 500,000 to 5 million Rwandan francs (440 and 4,409 euros).