Homepage » NORTH AFRICA: Freshwater availability has fallen by 30% according to FAO

NORTH AFRICA: Freshwater availability has fallen by 30% according to FAO 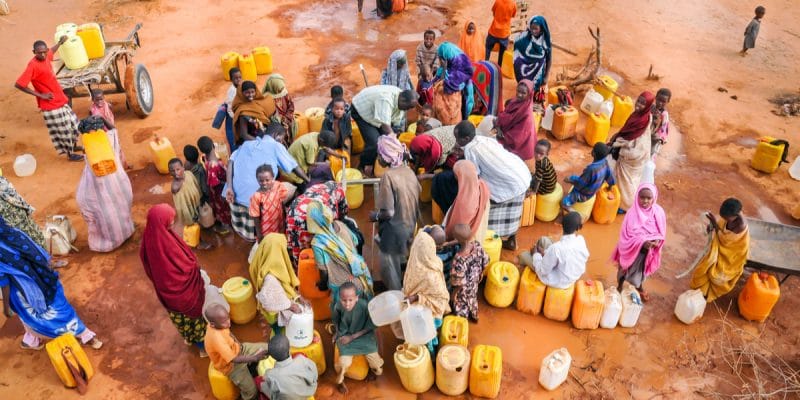 The 2020 edition of the FAO's State of Food and Agriculture report presents new estimates on the extent of water scarcity in irrigated agriculture, on water shortages in rain-fed agriculture, and on the number of people affected. It shows that freshwater resources in North Africa have declined by 30% over the past 20 years.

Water stress has never been a greater concern in Africa, particularly in North Africa. In this region with its predominantly arid territory, per capita freshwater availability has declined by more than 30% over the last 20 years. The average volume of water per person per year barely reaches 1,000 m³, a threshold below which water scarcity is generally considered severe. These new data are contained in the latest report of the UN Food and Agriculture Organisation (FAO) on “The State of Food and Agriculture 2020”.

This fall in freshwater resources is partly linked to the effects of climate change, particularly with regard to rainfall scarcity. The report also points to rising incomes and urbanisation, which have led to increased demand for water in industry, the energy sector and services. Changes in food supply patterns in recent years have also contributed to this. These are reflected in the increased consumption of foodstuffs whose production requires more water (meat and dairy products).

One in two health centres has no running water

The FAO report does not fail to point out that water resources, due to their scarcity, are nowadays subject to increasing competition between states and even between communities. This situation exacerbates inequalities in access to water, especially for vulnerable populations, namely rural women and indigenous people. Sub-Saharan Africa, further south on the continent, is a perfect illustration of this. According to the World Health Organisation (WHO), one in two health centres in 33 countries in this region is without running water.

To address the problem, the FAO advocates the adoption of a healthy diet that takes into account sustainability considerations at the level of the entire food system, in order to reduce food-related water consumption. This will need to be complemented by comprehensive management of freshwater supplies. For Africa is rich in huge water deposits, although these are irregularly distributed across the continent. These include 17 major rivers and 160 lakes, as well as renewable water resources (rainfall) estimated at more than 5,400 billion m3 per year.