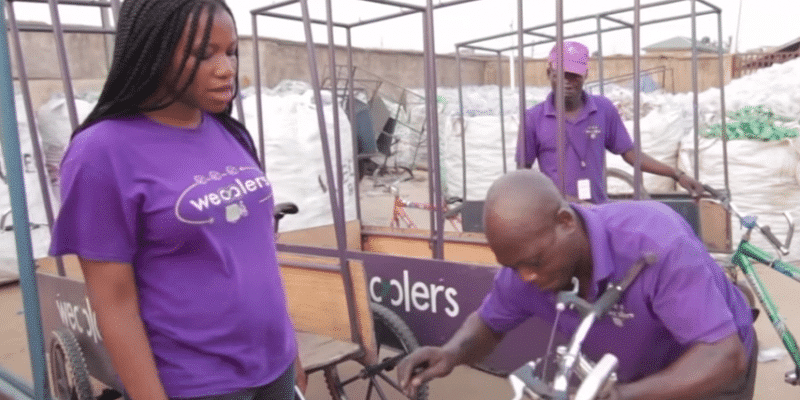 Nestlé's Nigerian subsidiary entered into a partnership agreement with Wecyclers on the 20th of September 2019 to accelerate the process of collecting and recycling plastic waste in the Federal Republic of Nigeria.

Wecyclers and Nestlé are now partners in waste recycling in Nigeria. This follows an agreement that was recently signed between the two entities. The alliance will allow Wecyclers to expand its plastic waste recovery systems in the country. In other words, five collection points will soon be set up in some Nigerian communities, including Ajah, Ikeja, Mushin, Lagos Island and Magodo. An ecological project that will also facilitate the creation of 40 first-hand jobs in the country and the registration of at least 15,000 new subscribers in the Wecyclers circuit. Nigeria generates more than 32 million tonnes of waste per year. The city of Lagos alone produces about 10,000 tonnes every 24 hours.

For the CEO of Nestlé Nigeria, this partnership is a way for the company to get involved in waste management, which remains a major concern for many states. Nestlé announces its decision to invest in promoting the circular plastic economy. In other words, the company wants to collaborate with other governments and civil society organisations to recover, recycle and reuse waste, such as plastics. And to explain to the Nigerian press that “one of Nestlé’s ambitions is to achieve the zero environmental impact objective in our activities, while striving for a waste-free future. A key element in achieving this objective is to make 100% of our packaging reusable or recyclable by 2025”.

Wecyclers is a Nigerian start-up that was founded in 2012 following the initiative of Bilikiss Adebiyi-Abiola. It specialises in collecting waste from households. For each kilogram of waste collected, the family that provided the waste receives one point. The points are then used to buy minutes of calls and consumer goods. The young company now has 120 employees and nearly 17,000 subscribers. It is already making a profit of around US$100,000. With this partnership agreement, Wecyclers is extending the list of its global partners, which already included names such as DHL, Coca Cola, Unilever…