Homepage » NIGER: EU and AFD earmark €8.5M for the preservation of the Termit nature reserve 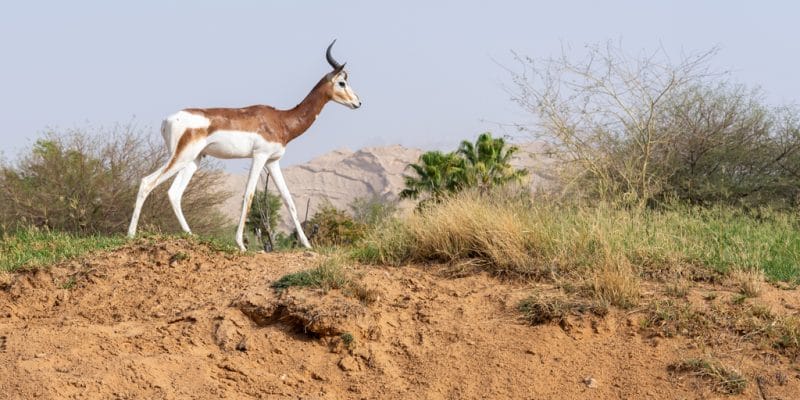 The European Union (EU) and the French Development Agency (AFD) are providing 8.5 million euros to better support the project to support the delegated management of the Termit and Tin-Toumma National Nature Reserve (RNNTT). A partnership agreement has recently been signed between the two European bodies and the Government of Niger.

The French non-governmental organisation (NGO) Noé, delegated in 2018 by the Niger government to manage the Termit and Tin-Toumma nature reserve, now has approximately 5.6 billion CFA francs (8.5 million euros) at its disposal to preserve this natural area. The funds were granted to the government of Niger on the 29th of January 2020 by the European Union (EU) and the French Development Agency (AFD).

Located in the Zinder region in Niger, the Termit and Tin-Toumma nature reserve is one of the largest on the African continent, with an area of around 100,000 km². It is located in a desert environment where rare species such as the dorcas gazelle, dama gazelle and addax live. This area is under threat from an oil field, since the China National Petroleum Corporation (CNPC) has been drilling in the region for several years. The reserve is also a target for hunters. This situation has drastic consequences for the reserve.

“The presence of humans around the reserve increases the risk of poaching these endangered species. There are three groups of addax in the Termit and Tin-Toumma reserve. If oil exploitation intensifies, they will seek refuge elsewhere. The problem is that within the Termit and Tin-Toumma Reserve, the habitat favourable to addax is located on the eastern slope of the massif where they can take refuge under the acacias during the great warm season. They return to Tin-Toumma where they find grazing and a familiarity with the terrain. When they leave the reserve, they could find themselves in an environment where protection is very weak. In the long term, if they have to leave Tin-Toumma, they are doomed,” Sebastien Pichon, the head of the NGO Noé, warned a few months ago following the declassification of a large part of the Tin-Toumma zone.

The importance of the conservation project

The new investment by the EU and AFD will therefore accelerate the implementation of the project to support the delegated management of the Termit and Tin-Toumma nature reserve. The project itself aims to put in place tools for biodiversity conservation and the promotion of local development in order to achieve convincing protection results. The challenge for the government of Niger and its partners is to preserve the reserve and, in the long term, make it an attractive tourist destination that Niger will be able to develop economically. The Minister of the Environment, Urban Health and Sustainable Development Almoustapha Garba urged the team of the NGO Noé and his team to be more rigorous in their work. He also insisted on the rational use of the resources placed at their disposal to take advantage of the potential of the Termit and Tin-Toumma reserve.