NIGER: Electrosteel to provide pipelines for water project in Niamey 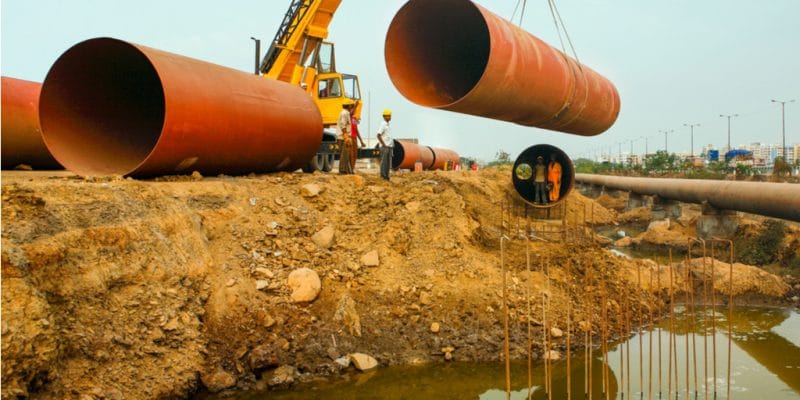 Electrosteel France has won the tender for the supply of pipelines to bring drinking water from the Goudel IV plant to the people of Niamey, the capital of Niger.

Electrosteel France wins a new contract in West Africa. The company based in Arles (south of France) was chosen to supply pipes to Niger. They will allow the water from the Goudel IV drinking water plant to be transported to Niamey, the capital of Niger.

All the pipes have already arrived in Niger via the port of Lomé in Togo. “Part of the pipeline network is locked by the high-end Electrolock® “double chamber” system, whose tightness of the connections is independent of the locking function. The keys placed in the second chamber of the pipe and fitting socket, allow locking. While the Tyton seal ring, placed in the first chamber, provides the sealing,” explains Electrosteel.

The value of the new Electrosteel contract has not been disclosed but about a year ago, the company (which employs 44 people) won a €7 million contract in Burkina Faso for the drinking water supply project in the capital Ouagadougou. It was then chosen by the National Office for Water and Sanitation (Onea), which was in charge of its management.

In Niamey, Electrosteel was chosen by Denys SAS, the Spanish company that implements the drinking water supply project for the city of Niamey. Denys SAS is responsible for building the Goudel IV drinking water plant, which will supply 40,000 m3 of water per day. Their project also includes the densification of the distribution network. In concrete terms, 27 km of discharge pipe and 250 km of distribution pipe will be laid throughout the city. The project also includes the expansion of storage capacities in four districts of the city of Niamey, through the construction of three new water tanks with a capacity of 2,000 m3 each.

The total cost of the project amounts to 51.7 billion CFA francs, or nearly 79 million euros. The financing is provided through a loan from the European Investment Bank (EIB), the French Development Agency (AFD), the Export Financing (Finexpo) of Belgium and Orio in the Netherlands.