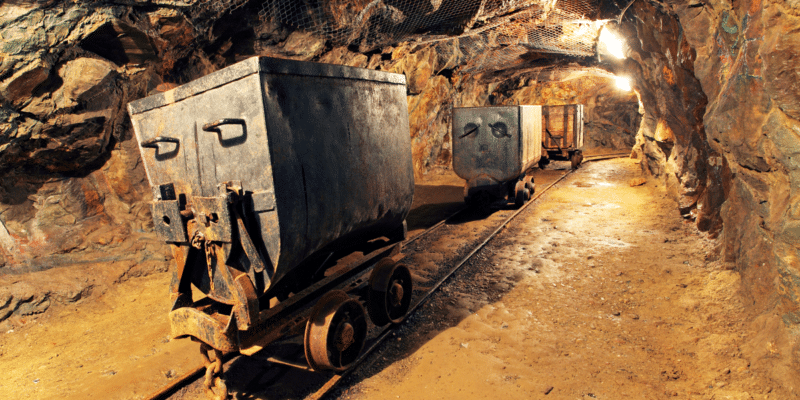 The Akouta Mining Company (Cominak), which exploits uranium deposits in the province of Agadez, in northern Niger, will cease its activities on March 31st, 2021 after resources have been exhausted. However, the company's plan for dismantling the mine site does not satisfy either the local population or environmentalists. The main disagreement is the management of several million tonnes of radioactive waste, stored in the open air.

The towns of Akokan and Arlit, located about 250 kilometres from Agadez in northern Niger, are exposed to a serious danger of nuclear pollution. The inhabitants of these mining towns became aware of this in the context of the activities and declarations relating to the dismantling of the Akouta Mining Company (Cominak). Having noted the depletion of resources, the board of directors of Cominak voted in October 2019 to stop production at the Akouta, Akola and Ebba deposits.

The effective closure of Cominak took place on March 31st, 2021, after 43 years of operations with a total production of 75,000 tonnes of uranium. Presented as one of the largest uranium mines in the world, with more than 200 km of galleries operating at a depth of 250 metres and equipped with an ore reprocessing plant, Cominak also generated nearly twenty million tonnes of processing tailings containing about 80% of the radioactivity that are stored in the open air. Hence the complexity, at least from an environmental point of view, of dismantling the uranium mine.

On March 13th, 2021 at a press briefing in Niamey, the capital of Niger, Cominak’s General Manager Moussa Souley guaranteed that the mine closure and redevelopment project, costing 95 billion CFA francs (nearly 145 million euros) and extending over a period of 15 years, will be carried out in accordance with national regulations and international recommendations on the subject. The project includes the restoration of the soil to its original state with the closure of surface holes, the dismantling of plant facilities and support workshops, and the reforestation of the mining area.

With regard to the radioactive waste stockpiles, the mining company will “build a sarcophagus. First, they will put in a layer of clay. Then, maybe, but it’s not even sure, they’ll put a layer of cement, which won’t stand the test of time and the weather,” explains Rahmar Ilatoufegh, from the coordination of civil society in Arlit.

The risk of radioactive pollution

According to Bruno Chareyron, the head of the laboratory of the Commission for Research and Independent Information on Radioactivity (Criirad), the populations of Akokan and Arlit are exposed to invisible radiation. “Uranium and some of its radioactive descendants emit radiation called gamma radiation, which is invisible, extremely powerful radiation that can penetrate lead and walls. As a result, uranium miners are constantly exposed to this radiation from which there is no protection, because even lead clothing does not stop it,” explains the expert.

The closure of Cominak also means that 600 employees and 700 subcontractors are unemployed and the company refuses to pay them compensation and long-term medical care. At the time of its closure, Cominak’s capital amounted to 3.5 billion CFA francs, i.e. approximately 5.3 million euros, whose shareholders were Orano Cycle (formerly Areva, 34% – French), Sopamin (31% – Nigerian), Ourd (25% – Japanese), Enusa (10% – Spanish).