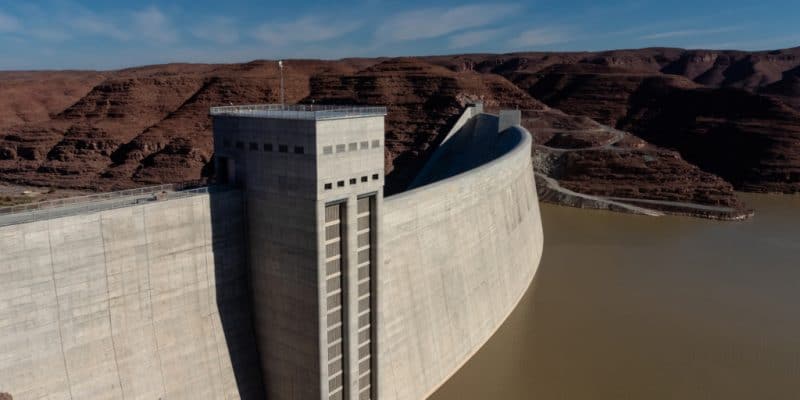 The Italian giant Salini Impregilo recently commissioned the Neckartal Dam in Namibia. The reservoir will supply water to an irrigation system in the ǁKaras region in the south of the country, while producing 3.5 MW of electricity.

The Neckartal Dam is finally operational. This installation was recently commissioned by the Italian giant Salini Impregilo, which won this contract worth 2.8 billion Namibian dollars, or 150.6 million US dollars, 7 years ago. Neckartal is a Roller Compacted Concrete (RCC) dam built on the Fish River near Berseba, about 40 km northwest of Keetmanshoop, the capital of the ǁKaras region in southern Namibia.

The reservoir is 78.5 m high and 518 m long, forming a 39 km2 basin that can contain 857 million m³ of water. The primary purpose of the infrastructure is irrigation with a capacity of 5,000 hectares of plantations. This project is part of the first phase of the Neckartal Irrigation Scheme (NIS), an initiative of the Namibian government to boost agriculture in the south of the country.

“I have been reliably informed that during construction, 3000 Namibians were directly employed at the site while 2500 indirect jobs were created in and around Keetmanshoop, 65% of which were from this region,” said Namibian Vice President Nangolo Mbumba at the inauguration ceremony of the Neckartal Irrigation Dam.

The reservoir primarily serves to irrigate plantations of grapes, alfalfa (a fodder plant, very rich in protein used in cattle feed, editor’s note) and dates. The Neckartal dam also has a hydroelectric power station equipped with two Francis turbines that produce 3.5 MW. The electricity is fed into the grid of the state-owned company NamPower.